How much do you love your smartphone? In a recent study by TeleNav, their U.S. research revealed some interesting facts about how addicted we are to our smartphones. Here are some of the more notable stats:

The iPhone has become an extension of my body. However, there are places you should not check your phone, like when you’re having dinner or watching a movie. That’s just over the top.

We already know lots of iPhoneinCanada.ca readers use their iPhones in the bathroomÂ (remember to wash your HANDS)–but what are you willing to give up to keep your phone? 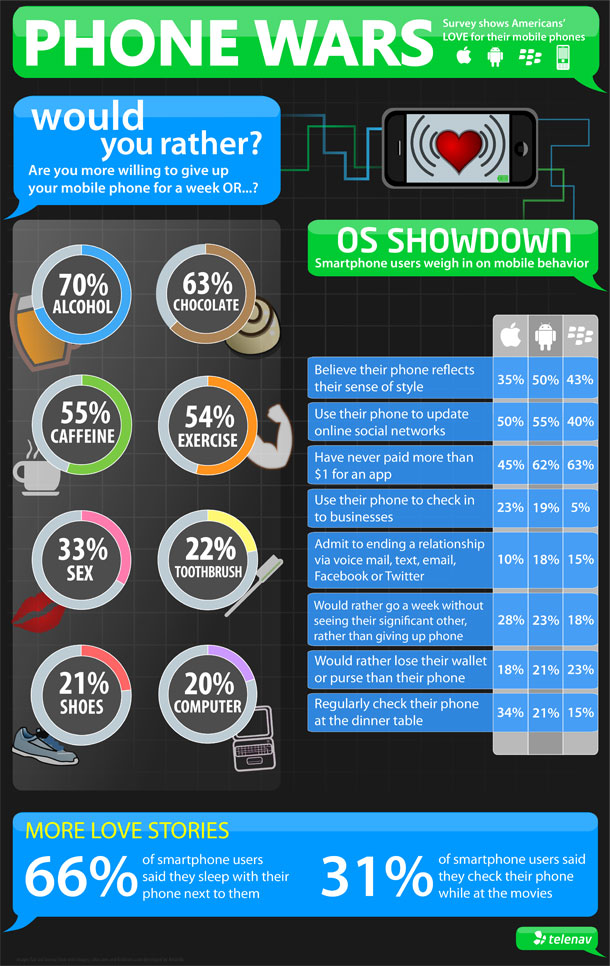