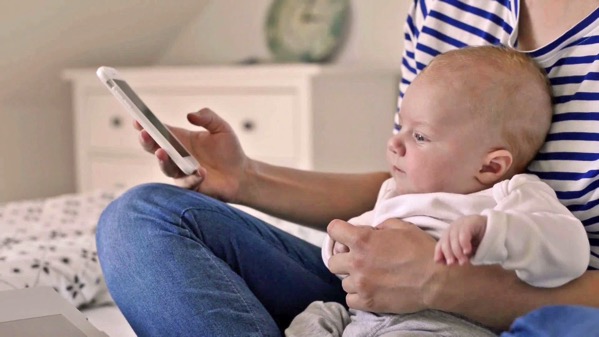 According to a new study by researchers at Birbeck University of London, toddlers between 6 and 11 months who play with smartphones or tablets get slightly less sleep than those who don’t, BBC reports (via Engadget). The study involving 715 parents found that every hour of touchscreen use results in 15.6 minutes less of sleep on average, meaning 26.4 minutes less total per night and 10.8 minutes more during the day.

“It isn’t a massive amount when you’re sleeping 10-12 hours a day in total, but every minute matters in young development because of the benefits of sleep,” study co-author Dr. Tim Smith told the BBC. That’s because the brain’s “neuroplasticity,” or ability to form new connections in response to new situations or environmental changes, at its highest during infancy.

The researchers however don’t yet think it’s necessary to ban the use of touch screens all together. It is also worth mentioning the science behind infant sleep and how it relates to touchscreens is brand new, so “it’s too early to make clear proclamations,” said Smith. He added that the overall usage observed in the study wouldn’t have a great impact on a baby’s sleep either.

In a previous study, the same researchers found they help accelerate a toddler’s motor development compared to infants who don’t use them.

Looks like touch screen devices do have some positive benefits to balance the sleep problem. What do you guys think?