Apple Asks Developers to Submit their Mac Apps for Notorization

Having introduced a new notarization feature for apps distributed outside the Mac App Store in macOS 10.14 Mojave, a feature designed to protect users from malicious Mac apps, Apple is now asking developers to submit their Mac apps for notarization. 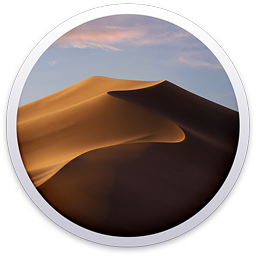 Mac apps that are Apple-notarized display a streamlined Gatekeeper dialog to assure users that the app is not a malware. Although developers who also submit their apps to the Mac App Store can use their Developer IDs required to let the Gatekeeper function on macOS while installing non-Mac App Store apps, notarization adds an extra layer of security.

Apple notes that future versions of macOS will require notarization for Developer ID-signed software as well.

macOS Mojave is here. Give Mac users even more confidence in your software distributed outside the Mac App Store by submitting it to Apple to be notarized. When users on macOS Mojave first open a notarized app, installer package, or disk image, they’ll see a more streamlined Gatekeeper dialog and have confidence that it is not known malware.

Download Xcode 10 and submit your software today. In an upcoming release of macOS, Gatekeeper will require Developer ID-signed software to be notarized by Apple.

More information about getting apps notarized is available through Apple’s developer website.