Apple Pay is coming to Canada before the end of this year, according to CEO Tim Cook, which so far has American Express on board to bring support for cardholders here.

It now appears some retail chains have started to advertise Apple Pay, specifically on their point-of-sale terminals, like the one we are seeing from a Subway location below in the Greater Toronto Area (via Reddit): 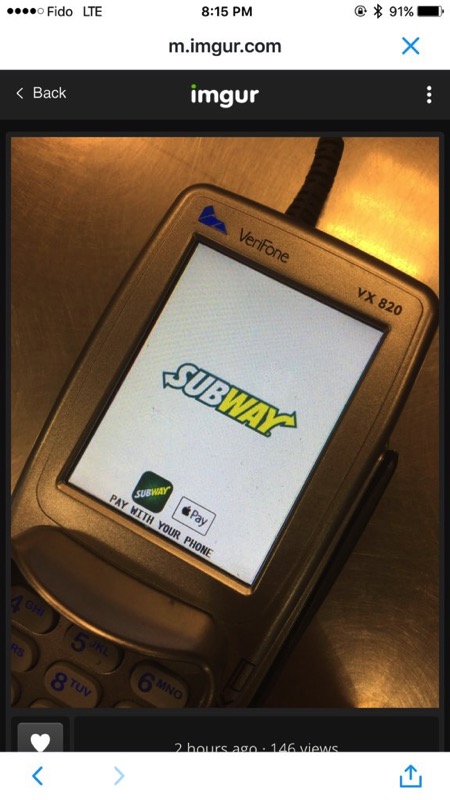 For those who missed it, below is a short clip we previously shared of Apple Pay being used at Subway in Canada, thanks to a supported U.S. credit card (note Apple Pay will launch at the lock screen automatically without unlocking your device, unlike shown in the video):

Meanwhile, another Reddit user claims to have spotted Apple Pay marketing materials within Best Buy as well, while purchasing their new Apple TV.

While NFC terminals are widespread in Canada, merchants will need to accept American Express and have tap-to-pay enabled in order for customers to use Apple Pay.

According to a recent article in The Globe and Mail, sources explained some reasons why Apple bypassed Canadian banks for the launch of Apple Pay here.

Let us know if you’re seeing any marketing materials for Apple Pay at your local retailers!

Apple supplier Murata Manufacturing Co. expects the tech giant to further cut iPhone 14 production in the coming months due to weakening demand — reports Bloomberg. Demand for some of Apple's latest iPhones has been underwhelming, with the company previously trimming iPhone 14 Plus orders by 40%. The waning demand is a function of stunted...
Nehal Malik
7 mins ago