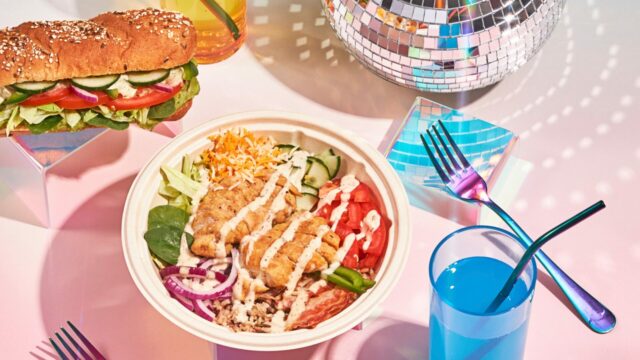 Subway Canada is kickstarting the year with a couple of promotions on their new Signature Rice Bowls as well as footlongs. Throughout January and February, customers can get up to $3 off their orders online via the Subway app, available on iOS and Android.

Subway’s latest selection of promotions is tailored around the upcoming “Blue Monday.” The third Monday of January is typically referred to as the “most depressing day of the year.” The concept originated in 2005, when Sky Travel, a British TV channel claimed it was a calculated date from an equation. It spun a ton of popularity and is widely recognized each year. Subway Canada suggests brightening someone’s day with a box of cookies available through the Subway app.

Additionally, Subway spotlights its new Signature Rice Bowls, made with “fresh vegetables, zesty and flavourful sauces, and new hearty grains.” Launched last October, these Rice Bowls have become quite a hit for Canadians, according to the company.

Throughout January and February, customers can receive $3 off any Rice Bowl or Wrap Combo order by using the code “BOWLCOMBO.” This code is available to use once per order and lasts until February 26th, 2023.

That’s not all, Subway Canada is also offering $2 off footlongs until February 26th, 2023. Likewise, customers can head online or use the app with code “2OFF” on their order.

With the winter settling in, customers can also take advantage of the Subway Delivery offering to stay warm throughout the season.