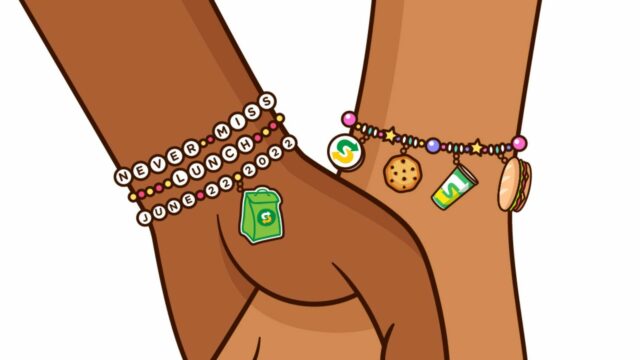 Subway Canada has announced it is teaming up with AR12GAMING‘s Nick Andrew and Valérie Vézina of MadameZoum, two Canadian Twitch streamers, to help raise money for Food Banks Canada for its annual Never Miss Lunch program.

On Wednesday, June 22nd, the pair of streamers will begin livestreaming to and gaming to support Food Banks Canada. In addition, Andrew and Vézina are both hosting a unique contest. The pair are giving fans the opportunity to stream alongside them on the 22nd for a good cause. Fans are encouraged to visit the Instagram pages of Andrew and Vézina for instructions on how to win.

This is the fourth year that the Never Miss Lunch fundraiser is being held. Subway Canada is committed to donating $500,000 in its continued mission to help feed kids in local communities. Plus, on June 22nd, $1 from every footlong sold at Subway restaurants across the country will help be donated to support child hunger initiatives in over 190 communities in Canada.

“Our local restaurant owners from every corner of the country bring passion, enthusiasm and heart when it comes time to alleviating child hunger within their communities,” said Doug Fry, Country Director, Subway Canada. “We’re committed to delivering high-quality, nutritious and fresh food to communities every year, and we look forward to working with Food Banks Canada to bring healthy food packs to Canadians. It’s been an exciting year as we embark on the fourth iteration of this initiative, following our late-April Eat Fresh Refresh™ launch in Canada.”

According to Food Banks Canada, children represent 33 percent (over 400,000) of food bank visits. Data shown by Statistics Canada shows that 1 in 6 children lives in food-insecure households in Canada. Food insecurity is at crisis levels in many Northern communities in Canada. Nunavut, for instance, is shown to have a food insecurity rate of 57 percent. This is compared to Canada’s average of 12.7 percent.