Endless racing game ‘Super Scoot’ has just been soft-launched in the Canadian App Store, featuring some crazy power-ups that change the way you typically play racing games. Instead of having you just run and jump, the game lets you wield a huge hammer and smash everything in front of you or even spray bullets from above to take out all the obstacles in your way (via TouchArcade). 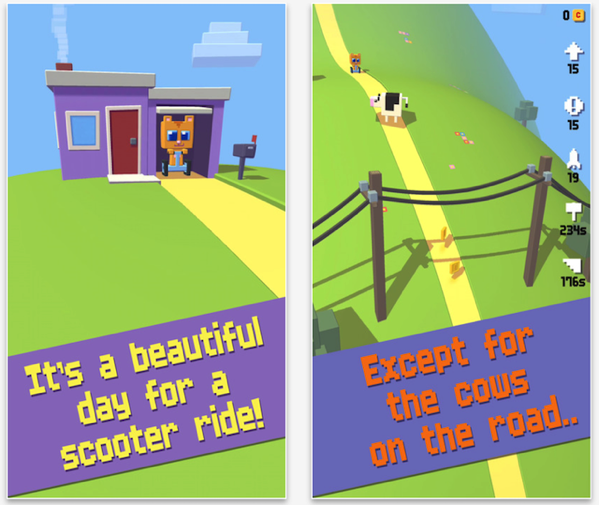 It begins as a delightful scooter ride on a summer’s day. Soon animals, construction work, and traffic block your path. Quell your road rage with giant hammers, rockets, and laser guns!

If the soft launch goes as planned, the developers will release the game worldwide on August 3rd. In the meantime, you can download it for free using the following App Store link.