Supercell to Pay More Attention to Complaints As Sales Decline

Ilkka Paananen, chief executive and founder of Supercell, the Finland-based game studio behind “Clash of Clans” and “Clash Royale”, has announced that his company will be paying more attention to customer complaints and will be refreshing its handful of games more often, after receiving alarming reports that the studio’s signature games no longer ranked among the top-grossing apps in online stores. (via The Wall Street Journal). 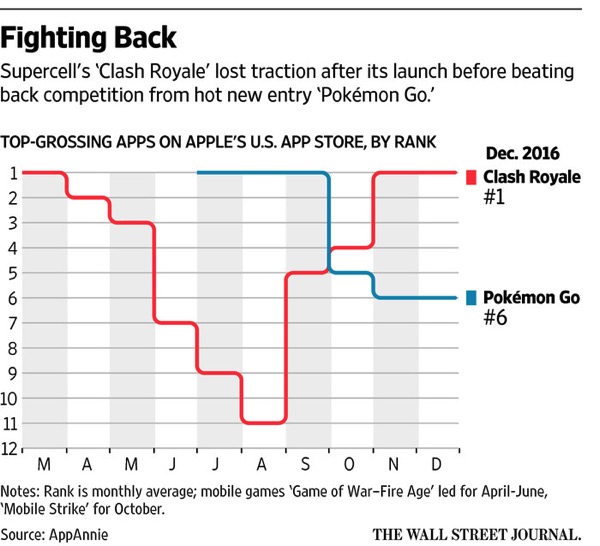 Mr. Paananen has also been concerned about the fact nothing his team was doing to boost revenue seemed to be working. A television ad campaign timed around the Summer Olympics in Brazil, the largest marketing push since the company’s creation in 2010, was “a complete failure”, Mr. Paananen said in an interview. “Every single thing that we tried seemed to go wrong”, he added.

User complaints kept pouring in about certain features in “Clash Royale,” such as sending smiley faces to a defeated opponent at the end of a battle–which many players on the receiving end perceived as humiliating. Users were also asking for more updates to the game.

“We weren’t good at listening to players,” Mr. Paananen said.

Supercell’s “Clash Royale” revenue dropped sharply from $133 million in March, when the game was launched, to $62 million in July.