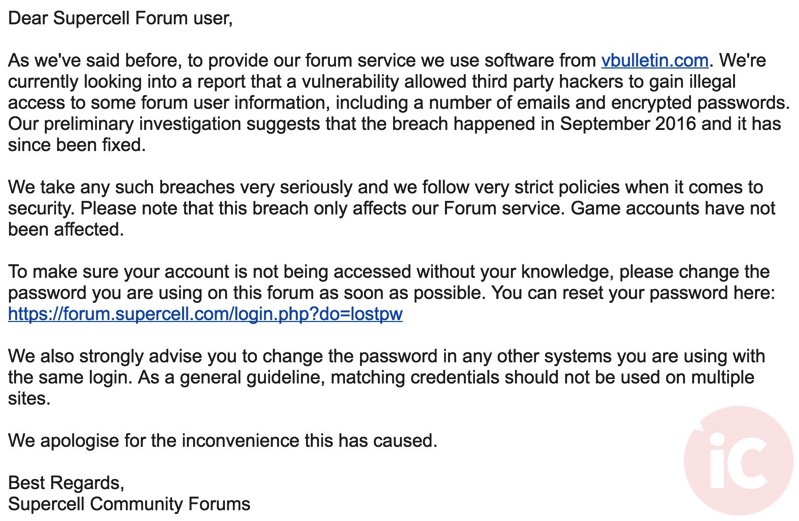 Supercell says game accounts are not affected and the exploit has been fixed.

Motherboard was able to confirm some of the leaked data as authentic, with notification site LeakBase claiming 1.1 million user accounts are part of the leak.

In this day and age, everyone should be using a password manager like 1Password, to create unique passwords for every site, so if a hack does happen, it won’t affect all of your accounts on the web.

Last night, The Game Awards 2022 was held both virtually and in front of a live audience of industry personnel. The night was dedicated to recognizing the games and studios that helped shape the past 12 months.  Host Geoff Keighley worked with a number of publishers and development teams to pack the award show with...
Steve Vegvari
57 mins ago