A new support document published by Apple following the release of macOS 10.13.4, details how to use an external graphics processor (eGPU) with a Mac. Explaining how an eGPU can give additional graphics performance for professional applications, 3D gaming, VR content creation, and more, Apple has also shared its recommended eGPU configurations, leaving out Nvidia cards all together (via AppleInsider). 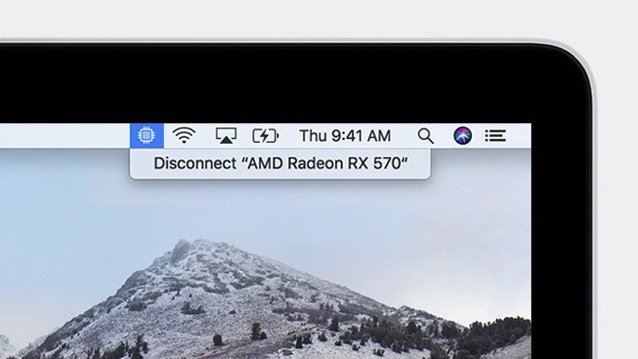 Apple’s suggested enclosures come from manufacturers like PowerColor, Sonnet, and OWC, although others can also be used. Apple says that support is not limited to any specific card vendor, which means as long as the card complies with the reference specification, it may be used in an eGPU enclosure.

The list notably excludes any cards from Nvidia. Nvidia does have the “web driver” for its PCI-E that it updates after every macOS revision, but at present that isn’t sufficient to run the cards in an enclosure, without third-party hacks applied, and even that can be problematic.

During the beta process, some cards that worked during Apple’s initial testing of eGPU support are no longer supported, such as the AMD RX 560. Mac owners must also use Thunderbolt 3, since official support for earlier versions of Thunderbolt was also dropped in the beta period.

Apple also highlights that users can connect more than one eGPU, though they should use direct connections whenever possible instead of daisy-chaining. For more information, check out the support page here.