US Postal Service to Commemorate Steve Jobs in Postage Stamp

The Washington Post has obtained a list of upcoming stamps the United States Postal Service (USPS) has planned for 2014, 2015 and beyond, and on the list as noted by Engadget is the late Apple co-founder Steve Jobs, as you can see in the screenshot below: 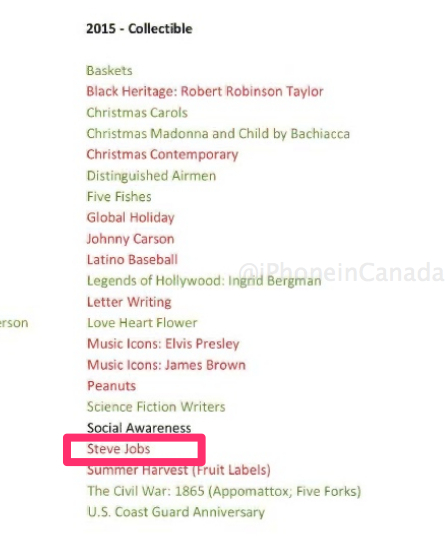 The Steve Jobs stamp will appear in 2015, as noted in a document titled The Citizens’ Stamp Advisory Committee. The red coloured text means it’s “in design development”. Joining Jobs for 2015 is the Peanuts cast, Elvis Presley and Johnny Carson to name a few other notables.

If there’s one stamp to collect in 2015 you can bet it’ll be a Steve Jobs stamp, which is expected to be the thinnest design ever.

Google on Tuesday announced new product updates, and its latest includes the debut of the Nest Wifi Pro with Wi-Fi 6E support, the first router from the company that is triband mesh network ready. Wi-Fi 6E (E for Extended) leverages the new less-crowded 6 GHz radio band and offers speeds up to two-times faster than […]
Gary Ng
8 mins ago

Google today announced a major update for the Google Home app that brings a fresh new design, Matter integration, support for both Wear OS and the web, and plenty of new features. The company said it set out to reimagine Google Home because the number of average connected devices per user has gone up from...
Nehal Malik
30 mins ago