South Surrey, B.C. high school students’ excessive use of online food-delivery apps has prompted administrators to prohibit their use on school grounds during class time. 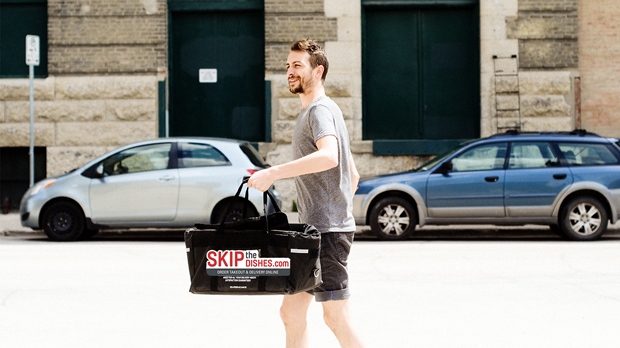 So says a new report from CBC, explaining that increasing numbers of students had been leaving class to pick up food through apps like SkipTheDishes, interrupting otherwise important education time. School officials have decided to ban the practice in response, except during lunch hour.

“The day we started noticing it, I think we had five deliveries within about an hour — and it was all outside of lunch,” said Semiahmoo principal James Johnston. “So we started really watching for it more and more.”

Doug Strachan of the Surrey School District, says the increase in deliveries were disruptive and potentially unsafe.

“Some students were leaving classes to go and get food, pick up their food,” says Strachan. “The school took some steps to let the students know that if they wanted to make those kinds of arrangements, they could be done, just off school property. There would be multiple deliveries coming in, and school staff have other things to do with the school administration, and yet they were constantly being presented with food by delivery people who wanted to know where to take the food.”

Despite the ban, Strachan recognizes the growing trend of food delivery apps. He says that as the school attempts to adapt to the trend, he hopes that his allowing students to continue to use the services with restrictions will be an acceptable solution in the meantime.

SkipTheDishes, for their part, claims they weren’t aware of any issues their service may have caused in the past.

“We aren’t aware of any specific issues with deliveries to high schools,” a statement read. “However, we believe that schools and principals can be empowered to set the rules related to food deliveries as they deem appropriate.”