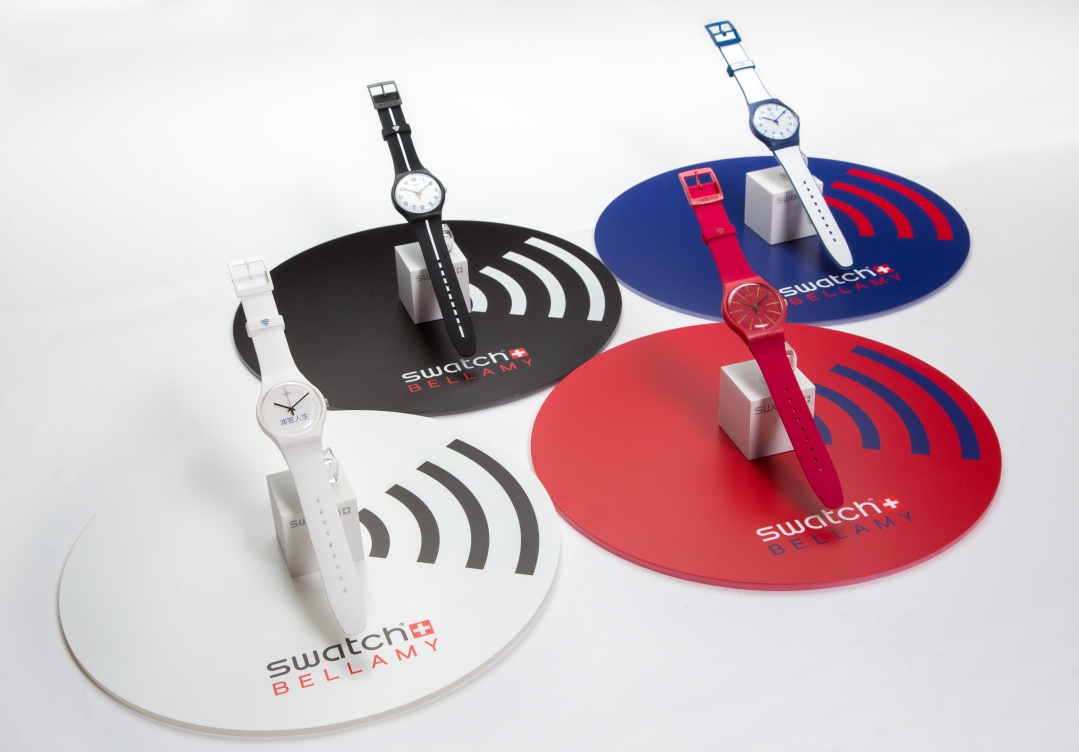 While Canadians and the rest of the world are waiting for Apple to push the green button and launch Apple Pay, Swiss watchmaker Swatch has taken a huge step and unveiled a new watch that allows customers to make mobile payments in China (via Fool).

Although it isn’t a full-featured smartwatch, the Swatch Bellamy is equipped with an NFC chip, which is enough to enable mobile payments. What’s more, it isn’t connected to the Internet or a mobile device, and so draws no energy from the watch to work. The chip is hidden under the dial.

As CEO Tim Cook said earlier in an interview about Apple Pay, China is at the top of the company’s list of priorities. However, the negotiations with UnionPay and banking partners stalled for unknown reasons – there were whispers about Apple Pay launching in China this spring, but you know, Chinese Apple customers are still waiting for it, just as Canadians are.

Meanwhile, Swatch Bellamy will launch in China in January 2016, retailing for $91 and, will eventually arrive in Switzerland and the US. There is no word as yet about a Canadian launch.