Swatch CEO Doesn’t Believe An “iWatch” Can Replace The iPhone

While speaking at a press conference on annual results in Switzerland, Swatch CEO Nick Hayek said that a so-called Apple “iWatch” could never replace the iPhone, and that he doesn’t believe such a device would be the next smart device revolution, Bloomberg reports. The chief of the largest Swiss watchmaker added that replacing an iPhone with an interactive terminal on your wrist would require “an immense display”. 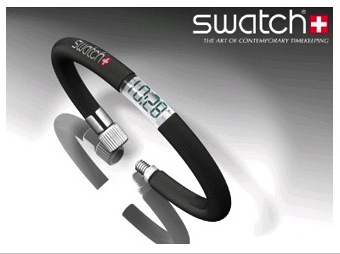 Hayek also pointed out that majority of watch consumers often buy the items as jewelry and often like to change them. Such behavior could represent an obstacle for Apple, as the physical style of any potential iWatch would not likely be readily changeable. He also revealed that Swatch has had contact with Apple over many years about materials for products and so-called energy harvesting technology that would generate energy from physical movement.

Swatch, which owns the Tissot and Omega brands, has explored ways of making watches with interactive functions for years, attempting to sell a watch that served as a mobile phone early last decade. It later formed a 2004 alliance with Microsoft Corp. (MSFT) on Swatch Paparazzi watches, which allowed consumers to receive personalized information, including news, sports, weather, horoscopes and stock quotes.

The Swiss company said in 2011 it obtained a license to use alloys made by Liquidmetal Technologies Inc. (LQMT) in watches, gaining access to metal that’s moldable like plastic. Apple, based in Cupertino, California, also made a patent- licensing agreement with Liquidmetal.

Previous rumours have hinted that Apple has a team of over 100 product designers working on an “iWatch” that may perform some of the tasks now handled by the iPhone and iPad.

Microsoft has inked a deal that'll see the Call of Duty franchise land on Nintendo hardware for the next 10 years. This agreement comes as Microsoft attempts to quell anticompetitive concerns from UK regulators and Sony as it attempts to acquire Activision Blizzard. Over the past year, Microsoft has been attempting to solidify a $68.7...
Steve Vegvari
24 mins ago