Apple has revealed the story behind some of if its Swift Student Challenge winners in the run-up to WWDC 2020. In total there are 350 winners coming from 41 different countries. 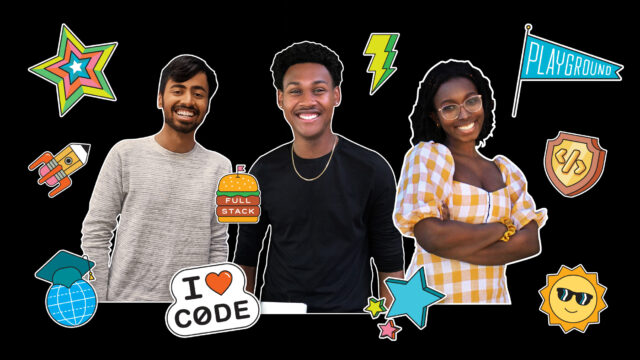 One unique component of Apple’s online WWDC this year is that the company opened a Swift Student Challenge where students could submit a Swift playground creation for special recognition. Today in a press release, Apple is highlighting three of the 350 winners.

Apple highlighted three teenagers who created some impressive apps for the challenge, including one that is designed to make it easier for people who have been sexually assaulted to seek help when they need it:

For Sofia Ongele, 19, who just finished her sophomore year at New York’s Fordham University, her focus for change lies at the intersection of tech and social justice. ReDawn, her first iOS app, is a powerful example. After one of her college friends was sexually assaulted during her freshman year, Ongele created ReDawn to help survivors access resources in a safe, easy, and sensitive way.

Palash Taneja, 19, contracted dengue fever four years ago and wanted to create an app that would be able to predict the spread of similar diseases:

He went on to create a web-based tool that uses machine learning to predict how mosquito-borne diseases like dengue fever would spread. And for his Swift Student Challenge submission this year, created against the backdrop of COVID-19, Taneja designed a Swift playground that teaches coding while simulating how a pandemic moves through a population, showing how precautions such as social distancing and masks can help slow infection rates. He created it to help educate young people, after he saw others not taking warnings seriously.

Devin Green, 18, was struggling to get up in the morning while learning from home. So he created an app that ensured he would:

The 18-year-old, who will start his freshman year at Stanford in the fall, was having trouble waking up in the mornings, so he designed a program using a pressure mat under his bed. If weight is still on the mat after he’s supposed to be up, an alarm goes off and won’t stop until he uses his phone to scan a QR code.

Swift Playgrounds officially launched at WWDC 2014 as part of Apple’s Xcode developer tools for Mac. But it really started taking off with the launch of its iPad app in 2016 and then the independent Mac app, which just launched in February and is consistent with the iPad app. While it’s named for Apple’s Swift programming language — which can be used to build apps for iPhone, iPad, Mac and other Apple platforms — Swift Playgrounds itself focuses mostly on general coding skills.

The 2020 WWDC will be held virtually starting on Monday, June 22. The event is open to all registered Apple developers, and is billed as the “biggest WWDC to date” since all developers can attend without needing to apply for a lottery or spend money on travel.