As tipped earlier, T-Mobile has released a new carrier update for the iPhone to add some new and important features like Visual Voicemail, LTE and HD Voice support for eligible devices, the updated support forum informs (via TmoNews). 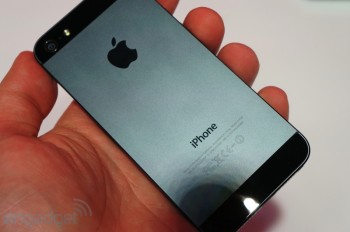 In line with what TmoNew’s sources whispered earlier this week, the update comes over-the-air and, as the document notes, the update is for T-Mobile and any officially unlocked GSM iPhone. The device software must not be jailbroken, however.

Among the most exciting features the update enables are AWS LTE, HD Voice and AWS HSPA+ for officially unlocked AT&T versions of iPhone 5, while other iPhone users can enjoy Visual Voicemail, 4G network indicator and battery life improvements.

For the full set of new features brought by the carrier update, you can read the release document below.

Google has joined forces with consumer advocacy group OpenMedia to oppose the Liberal government's controversial Online Streaming Act, also known as Bill C-11. The Liberals tabled Bill C-11 in February as an amendment to the Broadcasting Act. It is designed to give the Canadian Radio-television Telecommunications Commission (CRTC) regulatory authority over online streaming platforms, the...
Nehal Malik
20 mins ago

Apple Music has just rolled out the ability for artists and bands to personalize their profile page with a custom bio, as well as the option to add their hometown, birth date or year formed, and more (via MacRumors). Following the latest updates, artists can now also quickly add lyrics for their songs on Apple...
Usman Qureshi
30 mins ago