Earlier today it was revealed TAG Heuer’s foray into the smartwatch game would cost $1500 USD. As the company’s live NYC press event has now ended, we now know more details about the luxury watchmaker’s new smartwatch. 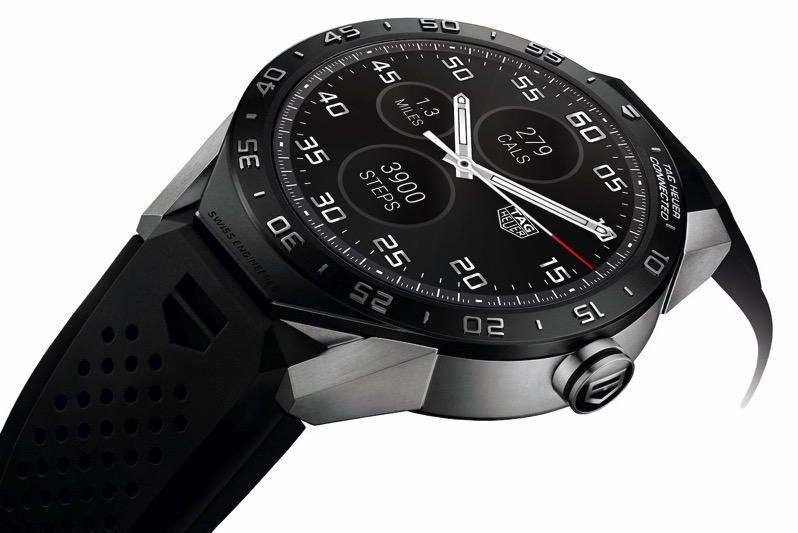 The Connected is based on the design of the classic TAG Heuer Carerra design, powered by Android Wear. The watch is housed in a titanium case with a sapphire glass display, along with seven strap colours available.

Powered by Bluetooth and Wi-Fi, it will connect to your Android Smartphone and iPhone running iOS 8.2 or later (via the Android Wear iOS app). Gyroscope sensors allows for basic fitness tracking but there is no heart rate sensor. Also, there is no speaker either, so notifications are all via vibrations and you won’t be able to take phone calls. Battery life is pegged at 30 hours.

What makes this $1500 USD (MSRP) watch interesting is TAG Heuer’s trade-in program. After two years, you have an option to fork over another $1500 USD, in which you will receive a mechanical Carrera watch in return.

Kevin Rose (Digg founder) over at Hodinkee got early access to the Connected, and provided a detailed video overview, comparing aspects of the wearable to Apple Watch and other Android Wear competitors. Apple Watch displays have a 326 PPI versus 240 PPI on the Connected and the difference in pixel density shows in the video below. 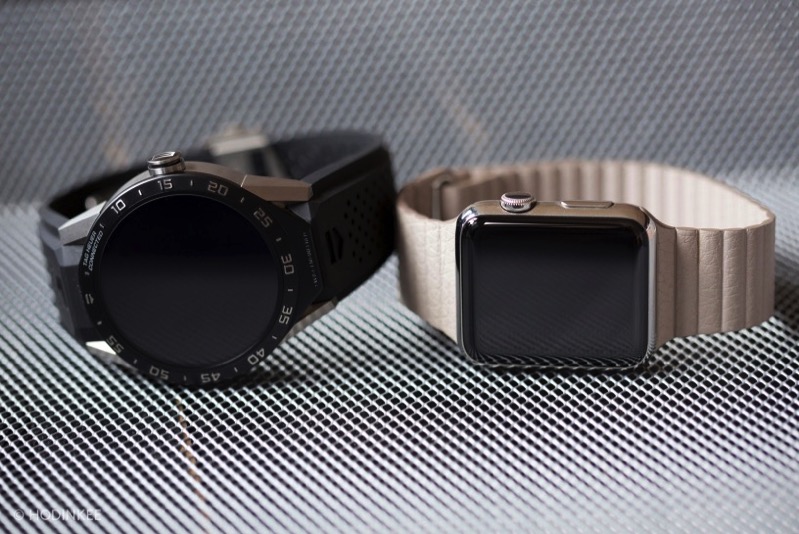 This is a luxury watch powered by Android Wear, that is targeting competitors such as Apple Watch Hermes (which starts at $1500 CAD).

TAG Heuer’s Connected watch will be available in the U.S and Canada starting November 10 at nine TAG boutiques and 19 retail partners, according to Bloomberg. If you are in NYC, you an buy one today at the company’s boutique location.

Are you going to jump on one of these?