While we un-patiently await the release of the iPhone this Friday, Apple store employees will have a busy week learning the selling points of the iPhone 5 and iOS 6. An exclusive report from iDownloadblog reveals the documents that employees will study over these next few days.

The document highlights some key messages of the iPhone 5 including the thinness, 4-inch Retina Display, LTE internet, A6 processor, and the 8MP camera. They’ve educated sale representatives with knowledge that the iPhone 5 is 18% thinner than the iPhone 4S and that the retina display has 18% more pixels than the 4S.

You can view both the iPhone 5 and iOS 6 documents below. To enlarge the images, just click on them: 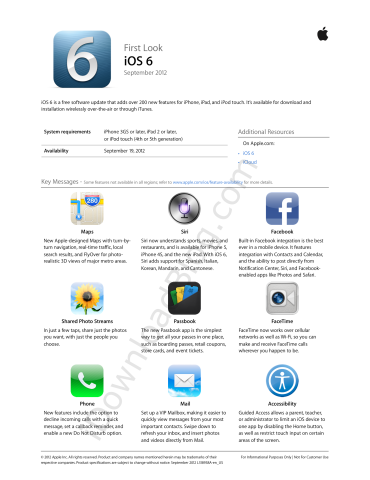 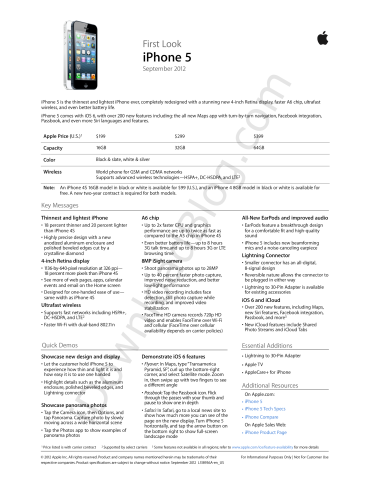 When users have questions on the new features of iOS 6, the documents put great emphasis on their new Maps application, Siri compatibility, Facebook integration, Passbook, Facetime over cellular, and more. We learned back in June that iOS 6 would contain over 200 features, of which mostly are small updates and bug fixes.

If Apple representatives would pay attention to iPhoneinCanada then they wouldn’t need to read these documents. I’m sure that all of our readers are aware of nearly everything stated in the documents other than the costs related to American-carriers.

We have a busy week coming up; Wednesday iOS 6 will launch to the public, then Friday the iPhone 5 will arrive at our doorsteps and in-store at Apple.

Do we have any Apple store representatives or employees who follow us?