Tangerine this morning has launched client card support for Apple Pay,
now allowing debit cards to be used with Apple’s mobile wallet. The bank sent out notifications to customers this morning. 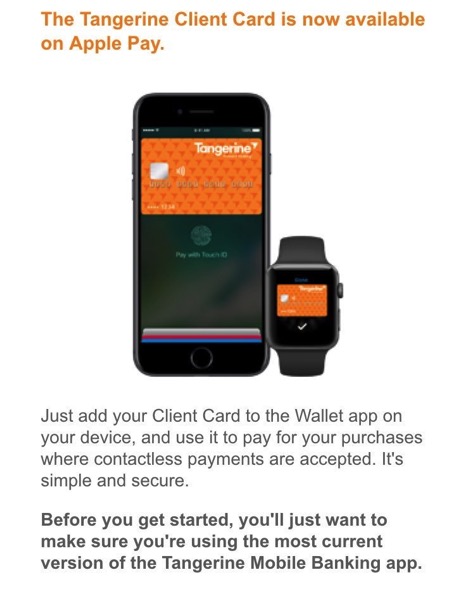 Tangerine customers are being told to update to the latest version of the Tangerine Mobile Banking app to ensure they can verify Apple Pay for debit. Another verification method is by phone call.

Back in May, we told you how Apple’s support document for Apple Pay briefly mentioned Interac debit card support for Tangerine, but was shortly taken down after. Guess that came true after all.

Let us know how Apple Pay is working with your Tangerine debit card!