If you’re looking to pick up an iPod touch, Target stores in Canada have the 64GB fifth generation model on sale for $299.99 in stores, a savings of $100. These are normally $399 from Apple. 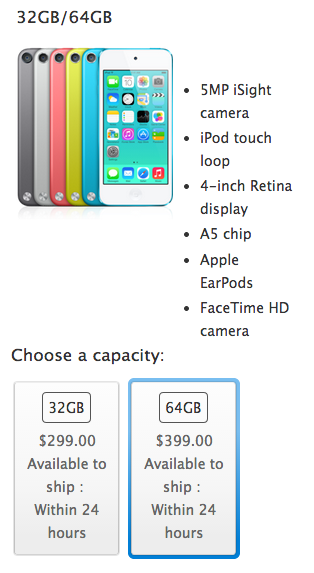 The catch? The sale is not advertised but will scan up for the aforementioned sale price. Stock is limited per store and it appears to be a move to clear out 64GB models. We were able to confirm the sale independently with a local Target store (which did not have any in stock).

The fifth generation iPod touch comes with a 5MP iSight camera, 4-inch Retina display and is powered by the A5 chip. It was released back in October of 2012.