With Target Canada quickly expanding its locations across Canada, some deals are currently available this week for Apple products.

This week’s flyer notes the fourth generation iPad is selling for $499, but will include a bonus $50 gift card. For those who buy the latest iPod nano, that purchase also comes with a $15 gift card. If you are a REDcard holder you can save an additional 5% on your purchase.

The most notable deal is the iPhone 5 advertised for $199 on a two year term–but this is a typo, as Target confirmed this with us over the phone. The price should be $179 on a three year term. 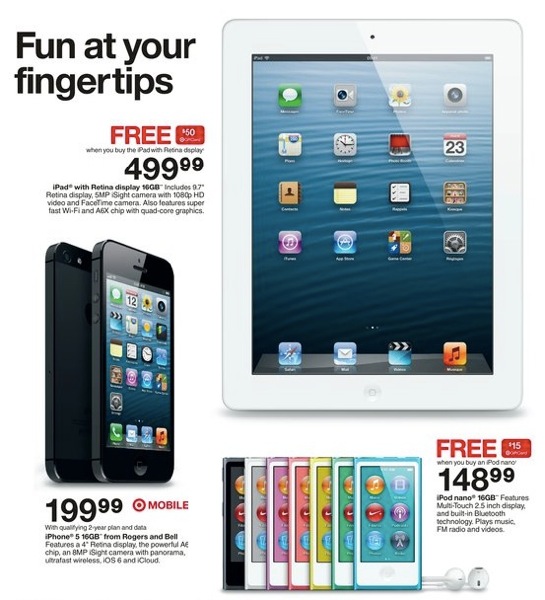 Target Canada announced last fall it would open 125 mobile stores operated by GLENTEL. The following sales are available from April 5-11.

In response to the feedback and guidance it received, Apple has announced that its child sexual abuse material (CSAM) detection tool for iCloud photos has now been permanently dropped, Wired is reporting. Apple has been delaying its CSAM detection features amid widespread criticism from privacy and security researchers and digital rights groups who were concerned...
Usman Qureshi
21 mins ago