This week’s Target flyer has some free gift card offers on the following Apple product purchases: 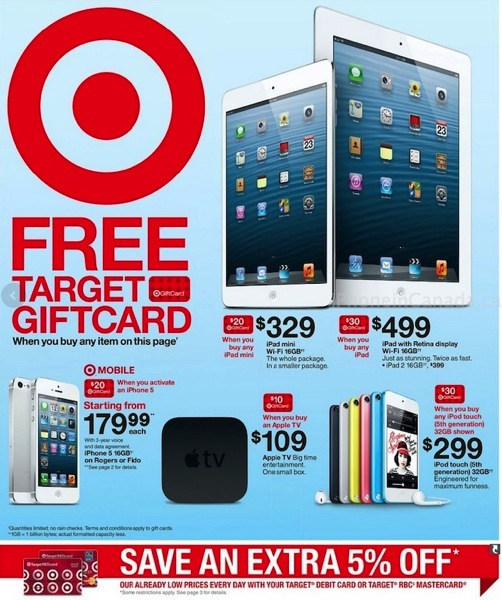 If you have a Target debit card or Target MasterCard, you can save an additional 5%. The best offer is probably on the Apple TV as it rarely ever goes on sale. Let us know if you’re going to jump on any of these offers, which are available starting today until July 18th.