In just over one month, TD MySpend now has 270,000 users, according to Moven CEO, Brett King’s statement to Bank Innovation. 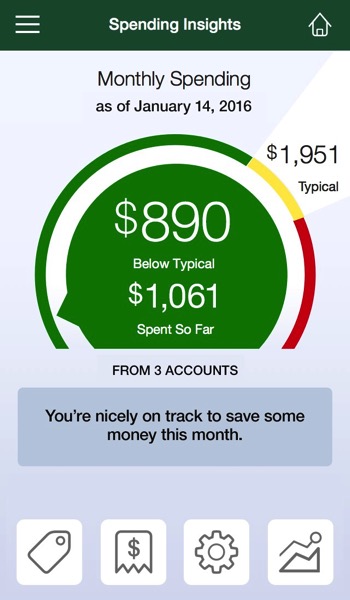 Last week, TD Bank CEO Bharat Masrani told investors during its Q2 2016 earnings call, the app had over 180,000 customers and “double that many accounts”. The CEO also touched on the bank’s upcoming launch of Apple Pay, which is “coming soon”, plus its other mobile wallet plans:

In Canada, TD MySpend, the real-time money management app we launched this month, already has more than 180,000 customers and double that many accounts. And we expanded customer service through Facebook Messenger to the U.S. after debuting it with great success in Canada, last December. We also announced that we will be introducing Apple Pay for our Canadian customers, a service we already offer in the U.S. We’re excited to build on our leadership position in the digital space by adding Apple Pay to a strong suite of mobile payment options that include our TD app, Samsung Pay in the U.S., and our participation in UGO Wallet in Canada.

TD’s mobile app was recently updated to support TD MySpend, ahead of Apple Pay. The app allows customers to track their spending and stay on budget, with easy to digest visuals and charts. Have you been using TD MySpend?