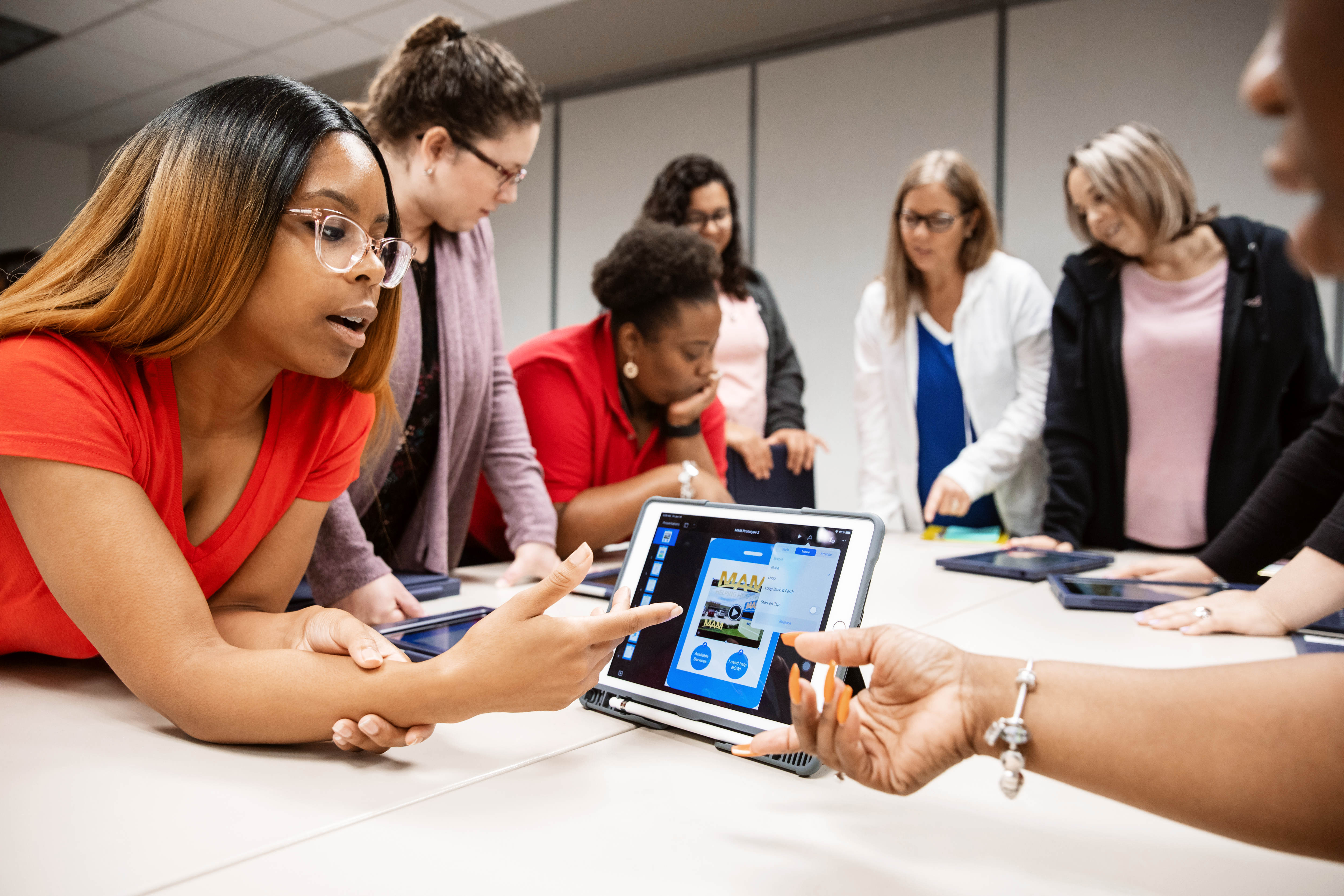 According to a new press release, these workshops are part of Apple’s Community Education initiative, which aims to create opportunities in coding for underrepresented communities throughout the United States.

Educators from nearly 70 institutions attended the first of these Teacher Coding Academies in Houston, Austin, Boise, Nashville, and Columbus, according to Apple, presenting prototypes of their apps to various community organizations.

“The training makes you feel like you really can accomplish anything,” says Tara Bordeaux, Texas Teacher of the Year in 2018. “It was really a once-in-a-lifetime experience.”

Some examples of the educators’ app prototypes:

In Boise, the teachers designed an app to help the police department better serve and communicate with the city’s homeless population, connecting the community to open shelter beds and food banks.

In Austin, teachers focused on Ronald McDonald House, a charity that provides housing for families whose children are receiving critical medical care. In this case, they created an app prototype to help families communicate with the charity during their stay.

And in Columbus, the educators devised an app that helps firefighters log and monitor the amount of time they were exposed to dangerous carcinogens while on the job.

While many teachers came into the program with no coding experience, Apple created a learning experience that was helpful to people of all levels of experience.

“I’ve been to coding trainings and those were kind of stiff and hard to understand,” says Bordeaux. “I felt like people were expecting me to have more of a background in coding than I actually had. But that was completely the opposite with Apple. By the time the week is over you feel confident enough to go back to your classrooms and pass the skills on to your students.”

Learn more about the educators and their app prototypes over at Apple’s Newsroom.