Technology Adoption in Real Estate Expected to Grow Exponentially in 2019

In an interview with CBC News, real estate agent Shawn Zigelstein has highlighted how the rapid adoption of technology in real estate has grown over the past few years, a trend he says is expected to grow even further in 2019 as more and more options become available to realtors. 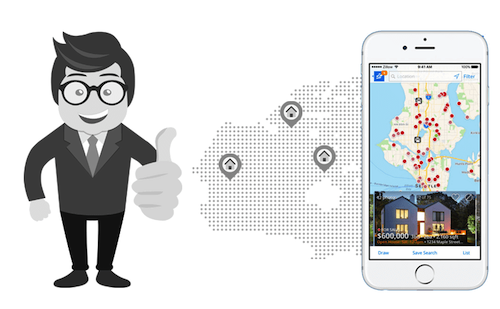 “The agents that are not adapting to this change are going to see their business drop considerably because they can’t adapt fast enough,” said Zigelstein who believes it is becoming “increasingly important to remain and be competitive” in the marketplace.

Housing market specialist and partner at PwC Canada Frank Magliocco says ‘proptech’, broadly defined as the technology used in the real estate market, was a US $4.6 billion industry in Canada and the U.S. in 2016 and is now worth US $7.3 billion:

Magliocco says proptech, which he called the cousin to the banking industry’s fintech, can refer to anything from online listings websites to smart buildings that use big data to automate heating and lighting to 3D printing homes.

“Think about the banking industry years ago, before fintech … banking had to be done in person. It came in and changed the entire business model. Now you deposit a cheque and transfer money and you can do everything on your phone,” he said.