In an effort to help end the deadly consequences of texting while driving, a father and daughter team from Calgary has developed a software called “Safe Halo” that disables the driver’s phone while the vehicle is in operation. As Global News reports, David and Brooke Moir know their invention has the potential to save countless lives. 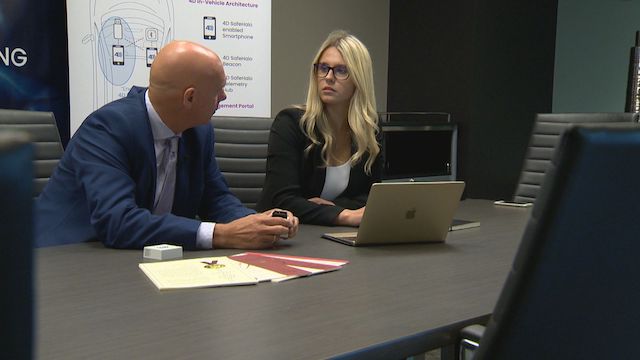 Brooke, a co-founder of 4D Driving Technologies, told the publication that the year she graduated from high school, their community was hit hard with two accidents back-to-back. “It is hard. You get lost in logistics of it all and it brings you back to, this is why we are doing this,” she said.

She explained that Safe Halo works with a device that’s installed underneath the steering column of the vehicle. When the car is in motion, the device sends a signal to the driver’s smartphone with a companion app installed, rendering it inoperable except for 911 calls.

“We are so conditioned to believe we need access to our phones at all times during the day,” Brooke said. “When my Safe Halo is engaged, I can push buttons on my phone but nothing is happening. I can’t text, can’t read texts, can’t surf social media.”

“It’s like a micro geo-fence in a car. We are dealing with a 36- to 42-inch area where the driver’s seat is and we are able to have that area cordoned off so the driver can’t use their phone in there and the passenger can,” David said.

Safe Halo is expected to become available before the end of the year on a subscription-type basis for about $100/year.

Amazon announced an all-new Alexa experience built just for kids today, with the launch of Echo Dot Kids. Echo Dot Kids come with Owl or Dragon designs and a 2-year worry-free guarantee. If your speaker breaks, Amazon will replace it. Also included are parental controls (time limits; explicit lyric filtering) and one year of Amazon […]
Gary Ng
15 mins ago