Teen Makes Another Apple ‘Year in Review’ Video for 2011 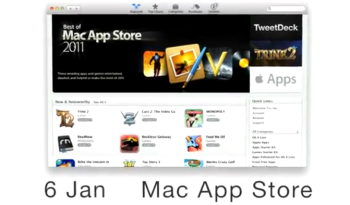 Last year, 15 year old Hong Kong teenager Kelvin Choi produced an epic Apple 2010 ‘Year in Review’ video compilation. This time around, he’s back with another one to cap off 2011. This one covers everything from the iPad 2, Lion OS X, the iPhone 4S, and more.

What a year it’s been for Apple. Can’t wait to gear up for 2012! What were your highlights?