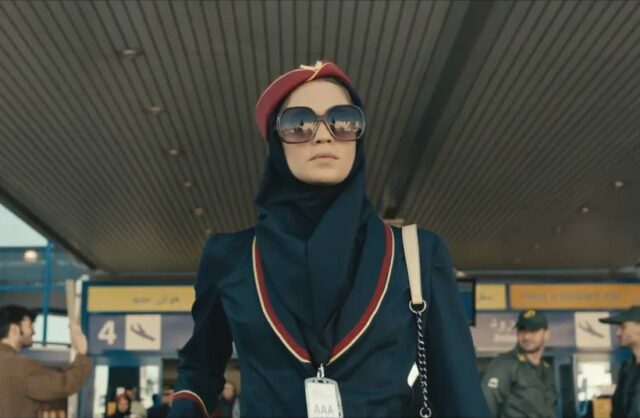 The International Emmy Awards recognize non-English-language television programs and programs originally aired outside the United States. The Israeli series was nominated along with the Indian series Aarya, Chilean show El Presidente, and British program There She Goes in the best drama category.

Tehran, produced by the Kan public broadcaster and picked up globally by Apple TV+, follows a Mossad operative who goes undercover on a mission in Iran to disable a nuclear reactor, unexpectedly falling in love with an Iranian man.

“Tehran is not only an espionage series, it’s also about understanding the human behind your enemy,” said executive producer Dana Eden in her acceptance speech at the awards ceremony in New York.

In January, AppleTV+ announced that Tehran was being renewed for a second season.

Sony has just revealed its lineup of free games coming to PlayStation Plus this month, which will be available to download starting February 7th. Starting at $11.99/month, the PS Plus subscription unlocks online multiplayer and gives members access to a set of games every month that they can claim and install for free. Players can subscribe...
Usman Qureshi
15 mins ago

Recently released iOS 16.3 has fixed an Apple Maps security bug that may have allowed some apps to collect user location data without permission, 9to5Mac reports. Last week, Apple released iOS 16.3 and iPadOS 16.3 with a bunch of new features including: Support for physical security keys as part of the two-factor authentication sign in...
Usman Qureshi
38 mins ago

Apple has launched MLS Season Pass globally on the Apple TV app, ahead of the 2023 season that kicks off on February 25, 2023. An MLS Season Pass will provide fans all MLS and Leagues Cup matches, plus hundreds of MLS NEXT Pro and MLS NEXT games as well. Apple says there’s some free on-demand […]
Gary Ng
1 hour ago