Group chats have not evolved much since they were introduced in the first messaging apps many years ago. With the new features included in the latest update to Telegram Messenger, the company hopes to bring group chat communication closer to what it should be like in 2015. 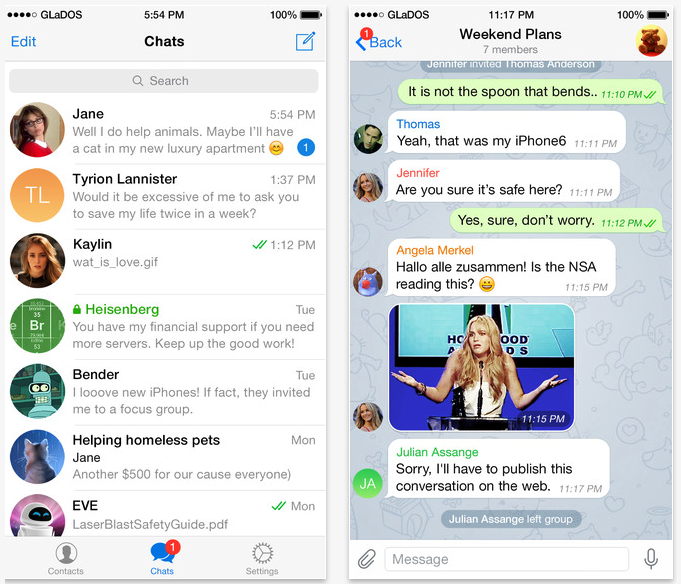 The first new feature in the messaging app is the ability to reply to a specific message in a group chat. In order to do this, simply double-tap on the message you wish to reply to and choose “Reply” from the popup menu. The person who you replied to will be notified about your message even if they muted the conversation.

The update also brings the ability to mention several people within a message to get them instantly involved in the conversation. Simply type their username in the message with a preceding “@“ symbol (much like a mention on Twitter). 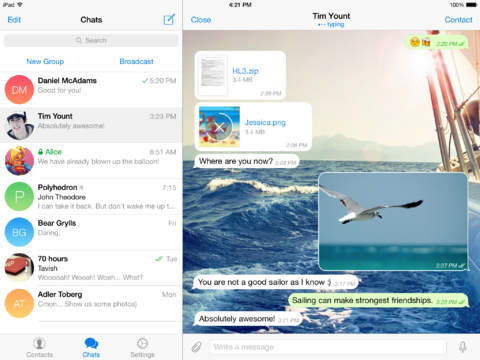 Another way Telegram is bring structure to group chats is by using hashtags. Any word that begins with a “#” will be clickable. Clicking the hashtag will bring up a list of messages that have used that same hashtag. The app also includes the ability to add a comment to a message you would like to forward.

Telegram Messenger (iOS, OS X) is available as a free download from the App Store. The app requires any device running iOS 6 or later (Mac OS X 10.7 or later) and has been optimized for the iPhone 5, 6, and 6 Plus.