Today, Telegram has updated its messaging app for iOS with cloud service integration. Telegram Messenger users are now able to access and send files from iCloud, Dropbox, and Google Drive. 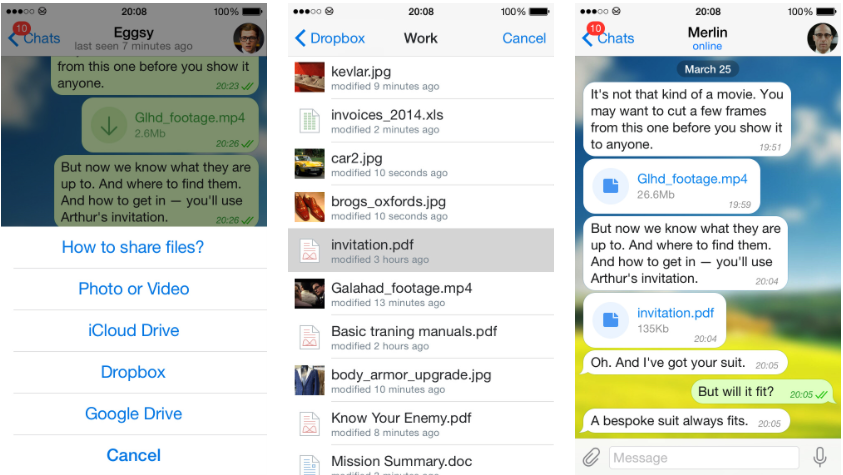 Users can share their existing documents directly from the “Send File” menu. In addition to the new file sending features, users can also share multiple multimedia files at once. Before sending the multimedia files, the app now allows you to see their size and resolution as you select the images and/or videos. 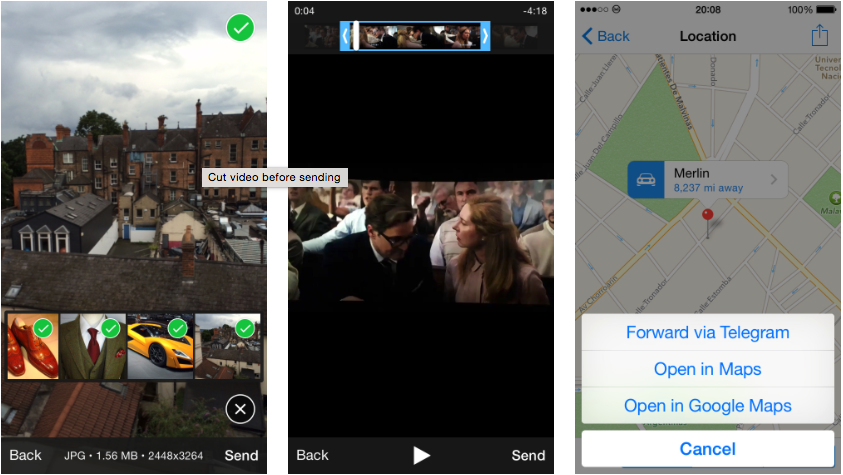 The update also added new a new video trimming feature that allows users to only send the portion of the video they want the recipient to see. The hashtag support that was added in the last update now supports non-latin characters, making the feature even more useful.

The company has also made several improvements to the Android app, along with several performance improvements and bug fixes. Telegram says that another great update is coming next week.

Telegram Messenger for iOS is available as a free download from the App Store. The app requires any device running iOS 6 or later and has been optimized for the iPhone 5, 6, and 6 Plus.