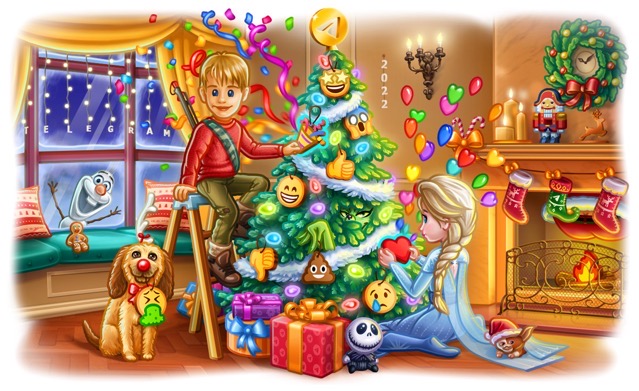 Following the update, some of Telegram’s most popular interactive emoji have become available as Reactions to share feelings and feedback without sending any messages. Simply double-tap a message to send a quick Reaction, or press and hold the message for more Reactions.

Hidden texts or Spoilers allow users to select any part of their text when typing and choose the new Spoiler formatting. This will hide the selected part of the message in the chat, as well as in the chat list and notifications.

Now you can also translate any message into another language, right in the app. You need to enable Translation in Settings > Language to see a dedicated Translate button to the context menu when selecting a message.

The new Themed QR codes feature lets you choose the colours and pattern that fit best, then print, post, or share your QR code to other apps.

You can get all these new features and more by upgrading the Telegram app to the latest version.