Tesla Motors has today announced its acquisition of Germany’s Grohmann Engineering, the global engineering leader which will now become Tesla’s new Advanced Automation facility based in Germany, a new subdivision of the automaker dedicated to boosting the production of Model 3. Tesla founder and CEO Elon Musk told TechCrunch that this will be the company’s “first acquisition of significance” in its entire history. 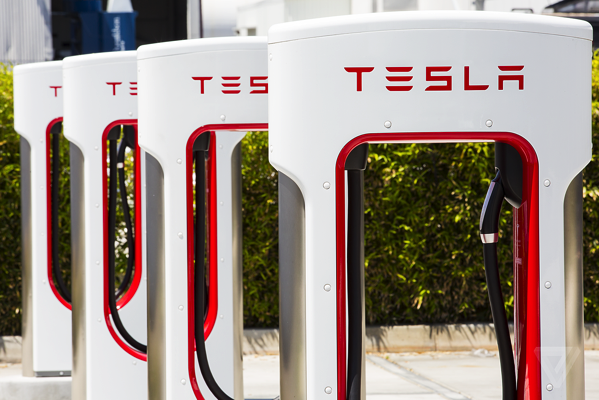 Musk added that Grohmann was Tesla’s first choice in terms of bringing on expertise to help it “build the machines that build the machine”. The company now expects this to help drive “exponential improvements” in its production process, in terms of both speed and quality of output, while cutting the cost-per-vehicle at the same time. “We thought it was important that Tesla become, in part, a German company,” Musk said, regarding the investment in the country. “That’s what this was all about”.

Meanwhile, Tesla has announced that any customer who orders a Tesla Model X or Model S after January 1st, 2017, will have to pay “a small fee” when filling up at a Supercharger station. According to The Verge, customers will also have to take delivery of those cars by April 1st, 2017, which means the fees will also apply to people who preordered the Model 3.

Current Tesla owners with Supercharger-equipped cars will be able to use the stations for free for the life of those vehicles, and a Tesla spokesperson tells The Verge that the free charging will transfer to successive owners. Customers who buy Teslas after that January 1st cutoff will be afforded 400 kWh of free Supercharging credits each year, good for about 1,000 miles, according to Tesla.

Tesla will release more details about the fee later this year, and has said that prices may fluctuate over time and vary regionally based on the cost of electricity.