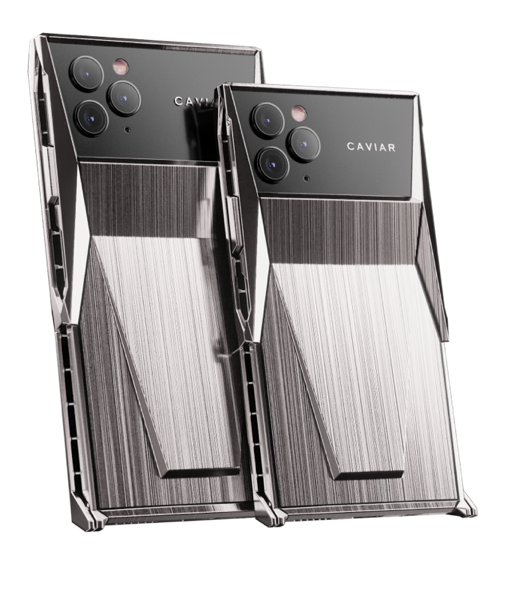 Earlier this year, Russian-based luxury gadgets maker Caviar introduced a Tesla Cybertruck-inspired ‘Cyberphone’ iPhone 11 Pro, starting at approximately $7,000. The body of the modded iPhone 11 is made with titanium plates all around and a front screen protector that can fold down and act as a stand when in portrait mode.

“The design of the smartphone is based on the concept of a new headline-making crossover model by Elon Musk. Caviar created a modified iPhone 11 Pro in the Tesla Cybertruck style: in the device, one can trace the deliberate geometry of lines, simplicity of forms, and versatility of materials.”

Now, YouTuber Marques Brownlee has gotten his hands on the Caviar Cyberphone iPhone 11 Pro and has shared a hands-on video of the outlandish mod.

Take a look at the following video and tell us what you think of the CyberTruck phone in the comments section below: