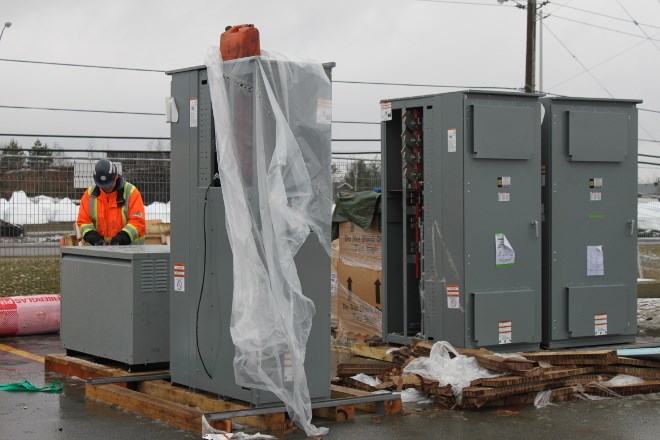 Tesla has launched a new electric vehicle (EV) charging station in Sudbury, which has the ability to charge up to eight vehicles at onces.

The charging station was installed in the parking lot of a SmartCentre retail area in the city’s south end. An advocate in the city is optimistic that the arrival of this infrastructure in the city will prompt more people to adapt the technology.

Even those this charging station will only work for Tesla vehicles, the introduction of the technology in the city could prompt other companies to set up shop. In a statement, local EV advocate Devin Arthur said:

“Especially with Barrie or Huntsville, after the SuperCharger’s been installed, you’ll see other companies come in and install their own generic charge solutions. I’m hoping it’ll spur development in that sense.”

Electric vehicles are still very sparse in the North, but the interest for these types of vehicles is definitely growing. This is a “chicken and egg” type problem where there isn’t a lot of charging infrastructure inplace, which discourages people from buying more electric vehicles, but people who do buy electric vehicles needs charging stations.