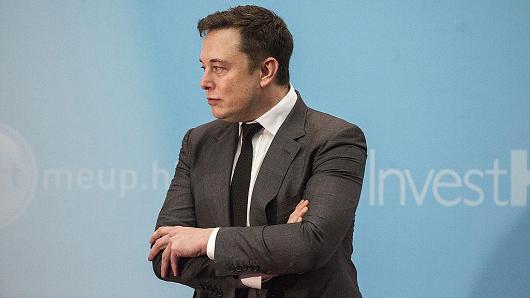 According to a lawsuit filed today in Nevada, Tesla has sued its former process engineer Martin Tripp for allegedly exporting gigabytes of data illegally, including dozens of confidential photographs and a video of Tesla’s manufacturing systems, CNBC News reports.

The electric car maker also alleges that Tripp wrote computer code to periodically export Tesla’s data to people outside the company, and even made false claims to reporters.

“Tripp has thus far admitted to writing software that hacked Tesla’s manufacturing operating system (‘MOS’) and to transferring several gigabytes of Tesla data to outside entities”, the suit said.

The lawsuit says Tripp took his actions in retaliation for being reassigned to a new role within Tesla.

“For example, Tripp claimed that punctured battery cells had been used in certain Model 3 vehicles even though no punctured cells were ever used in vehicles, batteries or otherwise,” the suit said. “Tripp also vastly exaggerated the true amount and value of ‘scrap’ material that Tesla generated during the manufacturing process, and falsely claimed that Tesla was delayed in bringing new manufacturing equipment online.”

Tesla’s full lawsuit filing can be accessed in .pdf format at this link.

Apple has just rolled out a redesign for its official website, introducing an all-new navigation bar with fancy drop-down menus on both desktop and mobile. As spotted by Parker Ortolani, the updated drop-down bar makes it easier to navigate the website and relatively faster to get to individual product pages. All-new https://t.co/pXaoM71lcY nav bar with...
Usman Qureshi
8 mins ago

According to leaker @Jioriku, Apple will soon launch the Beats Fit Pro wireless earphones in Volt Yellow, Coral Pink, and Tidal Blue colours. Although Apple is yet to make an official announcement, MacRumors claims to have spotted listings for the new colours on some Apple reseller websites in Europe. Similar to the AirPods Pro, the...
Usman Qureshi
25 mins ago

Google's parent company, Alphabet, on Monday started notifying employees in Canada of job cuts, according to a spokesperson for Google (via The Globe and Mail). The news comes a little over two weeks after Alphabet CEO Sundar Pichai announced the company would be laying off 12,000 employees (or 6% of its total workforce) across its...
Nehal Malik
39 mins ago