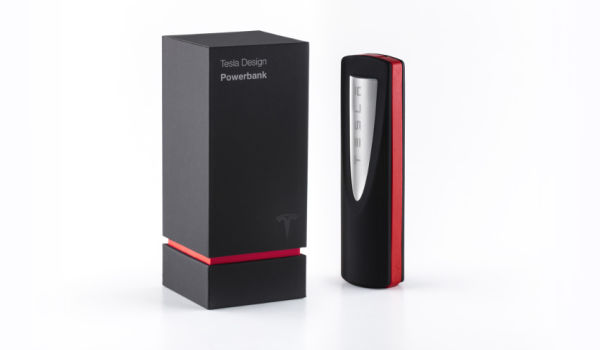 So far, Tesla has had quite a big week with the launch of its new super fast Roadster and its new electric semi truck.

Along with all of this exciting news, the company also launched a portable Tesla-themed battery pack that can charge iPhones, iPads, or any device that takes a microUSB.

The 3,350mAh battery pack is modelled after Tesla’s Supercharger monument at the Tesla Design Studio, which you’d probably recognize if you live and breathe the Tesla lifestyle. The battery pack costs $45 and is available directly on the company’s website.

Tesla also sells a desktop Supercharger that features a full size USB port for charging any device. This model also costs $45 and, as you may have guessed, also seems to be selling out very quickly.