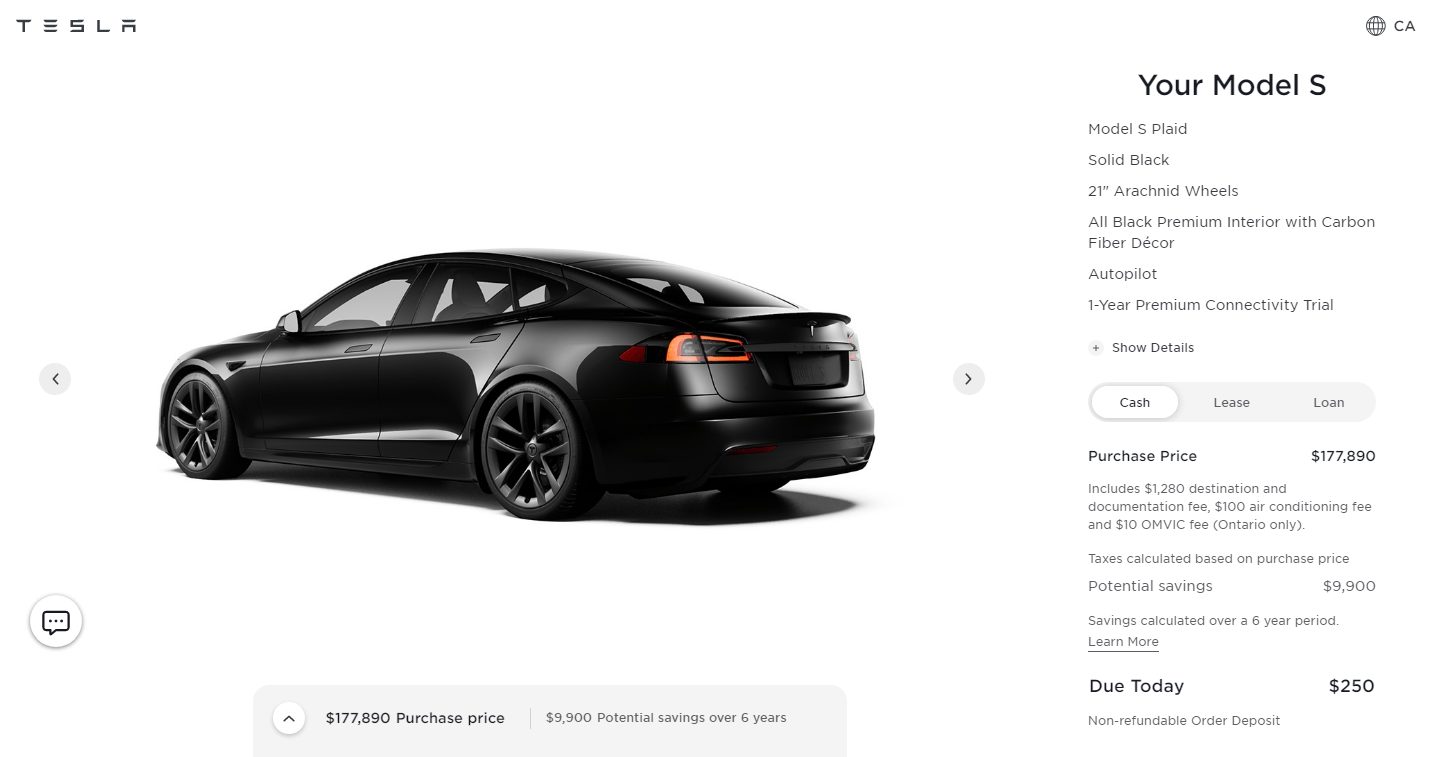 Tesla has increased the non-refundable deposit customers have to pay when ordering any of its electric vehicles (EVs) to $250 in both the U.S. and Canada — reports Tesla North.

Customers in both countries previously only had to pay a non-refundable order fee of $100.

Before Tesla switched over to charging a non-refundable fee on every order in early 2020, customers would need to put down a refundable deposit of $2,500-3,500, which would become non-refundable once the customer was assigned a Vehicle Identification Number (VIN) by the EV maker.

Even though Tesla’s electric cars cost more in Canada than they do in the U.S., the non-refundable order fee remains the same for both regions and isn’t even converted to CAD for Canada. That makes sense, considering the fee is a small fraction of a Tesla’s total cost and acts as a down-payment on the car anyway.

Tesla is currently seeing unprecedented demand for its all-electric offerings, especially with federal and provincial rebates for EVs in Canada, applicable to the Model 3 compact sedan. However, supply is spread thin at the moment, with the global chip shortage making things worse.

Tesla’s Model 3 and Model Y are both sold out in Canada for 2021, with new orders being assigned estimated delivery dates of January 2022 at the earliest.