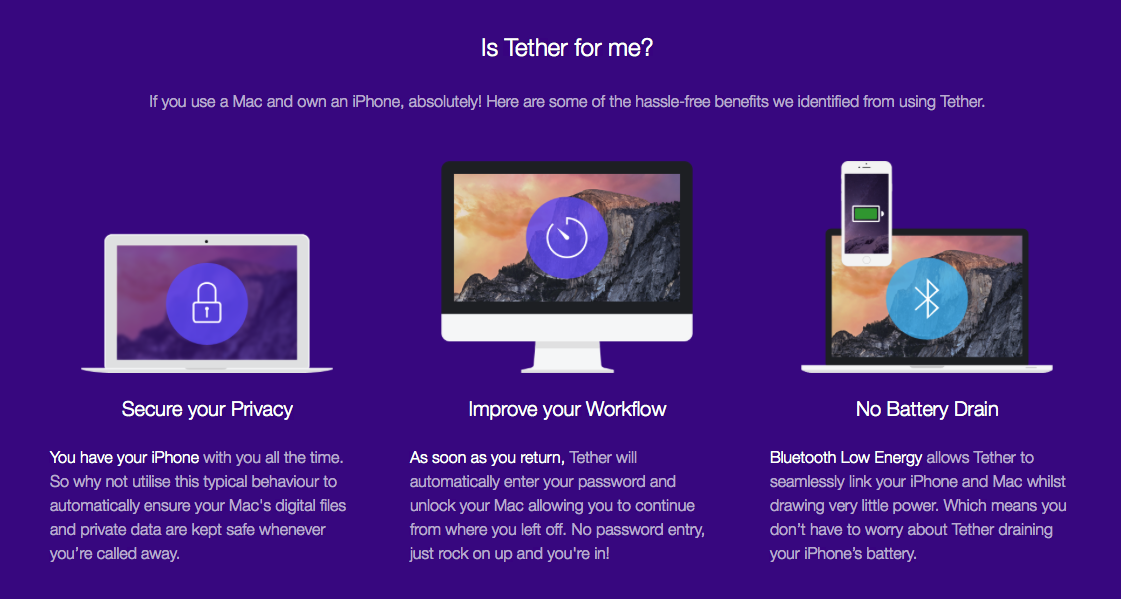 We have seen many apps before that lock and unlock your Mac using an iPhone. Tether is not only one of the easiest tools to use, it is also completely free.

The app uses Bluetooth Low Energy (LE) to unlock and lock your Mac based on your iPhone’s proximity to the laptop. In order for the solution to work, users will need to install an app that runs on their Mac and one that runs in the background on their iPhone.

The company says that battery drain on the iPhone is not an issue since they opted to use Bluetooth LE. Once the connection between the Mac and iPhone is established, you Mac will unlock. Similarly when you walk out of range of your Mac (approximately 30 feet with Bluetooth LE), your Mac will lock automatically as long as you have your Mac’s security settings set to “lock immediately.” 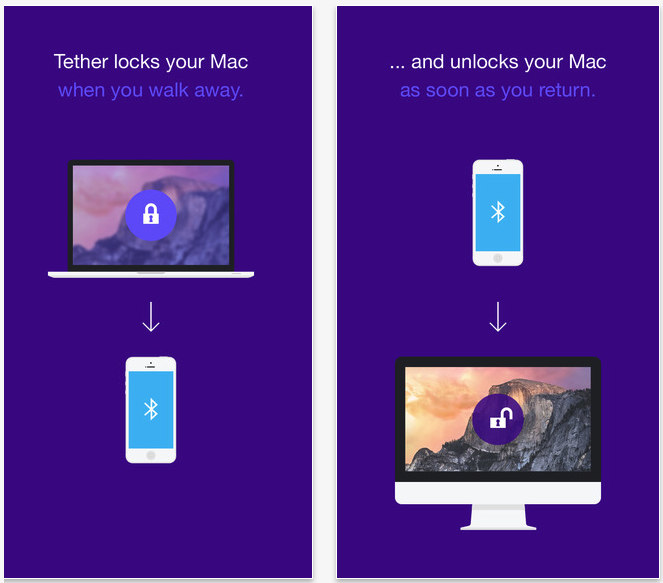 Our tests have shown that the app works reliably. However, the app did cause the Mac to lock randomly a few times even though an iPhone was sitting right next to it. This could be caused by a momentary loss in the Bluetooth connection.

In order for the service to work, you must have a Mac (running OS X 10.10.1 or later) and an iPhone (running iOS 8 or later) which are both equipped with Bluetooth LE. If you are unsure if your device is compatible, Tether has provided the full details of which devices are supported in their FAQ.

Tether for iOS is available as a free download from the App Store. The iOS version of the app has been optimized for the iPhone 5, 6, and 6 Plus. The companion app for Mac OS X can be found on the company’s website.