Textbooks Category in iBooks 2 is Not Available in Canada

Today Apple made some major education announcements with the release of iBooks 2, iBooks Author, and iTunes U. Everything sounds fine and dandy until you realize the Canadian iBookstore does not have the ‘Textbook’ category. Either the category is coming soon in a magical update, or it’s not coming at all. You’re probably thinking “oh here we go again!”

Where is the Textbooks category in iBooks 2? 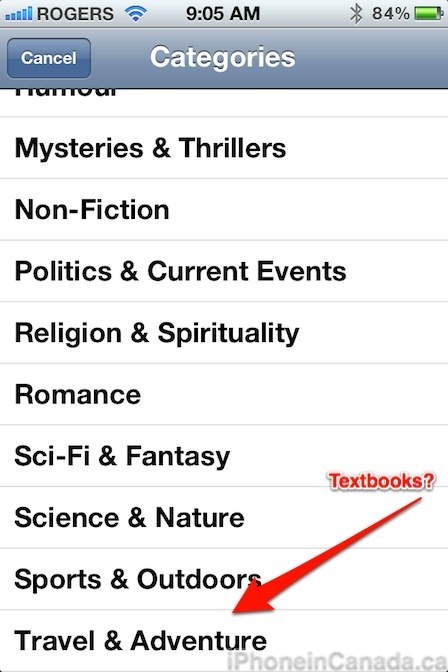 If you have a US iTunes account, you can easily login and see the Textbooks category.