An incredible 50-minute interview from the series Machine That Changed the World, with Apple and NeXT co-founder Steve Jobs recorded back in 1995, has just re-appered online. Meanwhile, another ‘lost interview’ by Jobs has been remastered which will be shown exclusively in theaters across the country as STEVE JOBS: THE LOST INTERVIEW. Some times dubbed as the “best TV interview Jobs ever gave”, it will screen at select Landmark Theaters in 19 U.S. cities on November 16 & 17, according to 9to5Mac. 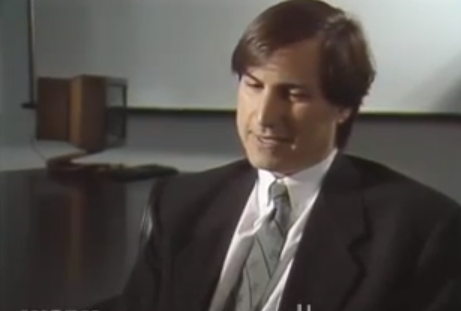 The footage was originally filmed for the “Triumph of the Nerds” PBS miniseries, but was lost when the master tapes disappeared in shipping. Only ten minutes of the footage were aired during the series, but an unedited copy of the entire interview was recently found in London and has been restored and enhanced. The interview is described as “a moment in time” because it shows Apple’s co-founder during his ‘wilderness years.’