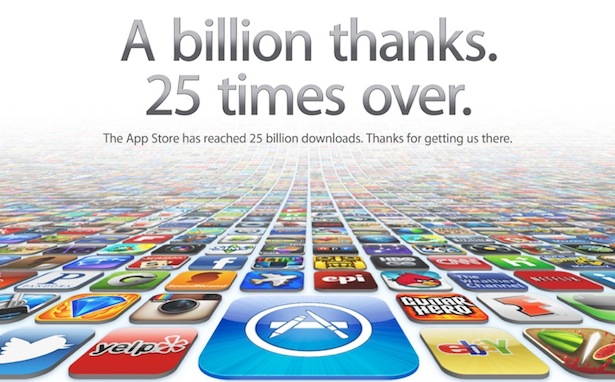 Late last evening, Apple updated their website to note the App Store has finally surpassed 25 billion app downloads. It was just over two weeks ago Apple announced a contest to offer a $10,000 iTunes gift card towards the App Store for one lucky winner. 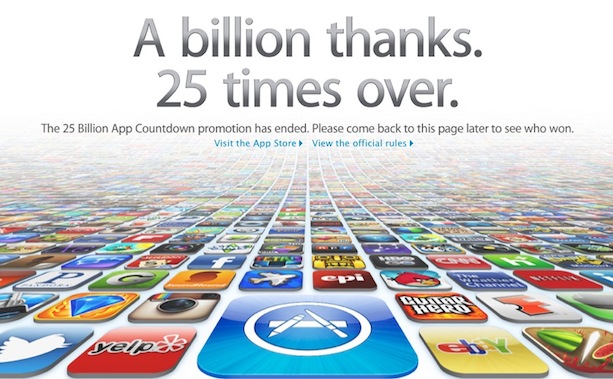 The winner of the contest has yet to be announced, stay tuned. How convenient this milestone was reached just prior to the iPad 3 event on Wednesday. You can bet we’ll hear more about this at the media event.