The Case for Apple to Become a Mobile Carrier 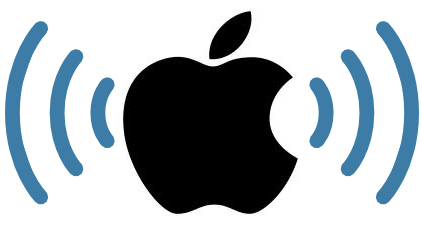 Whitey Bluestein’s piece on GigaOM illustrates how Apple will become a mobile carrier and offer voice and data plans directly to the consumer. Rather than spend the capital to install cell towers, Apple would buy wholesale spectrum directly from its existing carrier partners, which would be hesitant to say ‘no’ to Apple based on the fear of being left out:

Apple has all of the pieces necessary to offer wireless service directly to customers. They have the world’s leading brand, a loyal following who will pay a premium for Apple’s products and services, and 363 retail stores around the world, growing to 400 by the end of the year. And with iTunes, it has the digital content and billing platform to offer service with one-click simplicity. The infrastructure is in place today, with the patented architecture ready for Apple’s next big move.

Evidence used to argue the possible existence of an ‘Apple Mobile’ carrier coming to life points to the filed patent for “Dynamic Carrier Selection” back in 2006, prior to the release of the iPhone. Other evidence would be the recent battle Apple has had with other carriers to support a smaller-sized SIM card.

What do you think? Are we bound to see an ‘Apple Mobile’ carrier in the future? Imagine being able to buy your iPhone directly from Apple, and activating it through them, bypassing our ‘Big 3’ carriers. That would once again turn the mobile industry upside down.

WhatsApp is finally rolling out the ability for users to leave group chats silently without notifying all members of the group that they are no longer part of the conversation. When you leave a WhatsApp group silently, only the group admin will be notified that you have left the chat. Meet leave groups silently 👋...
Usman Qureshi
14 mins ago

Display Supply Chain Consultants (DSCC) analyst Ross Young has claimed in a tweet posted earlier today that Apple is planning to launch a 27-inch mini-LED external display in Q1 2023, MacRumors is reporting. Presumably talking about the first calendar quarter of 2023 i.e. the months from January to March, the analyst noted that Apple had...
Usman Qureshi
25 mins ago