The Evolution Of iPhone [Infographic]

It all began on January 9, 2007 when Apple launched the first iPhone. Since then, subsequent updates to the most amazing handset ever built by man have been introduced at regular intervals. And now as we look forward to yet another big upgrade i.e the iPhone 5 or iPhone 4S as some of us are calling it, we have come across an interesting info graphic showing all the four iPhone models that have been launched till date as well as what the next one could be like.

Every iPhone released so far has produced record breaking sales for the Cupertino giant and without a doubt, the iPhone 5 will be an even bigger hit looking at all the rumored specs that we have come to know of so far. Check out the infographic below: 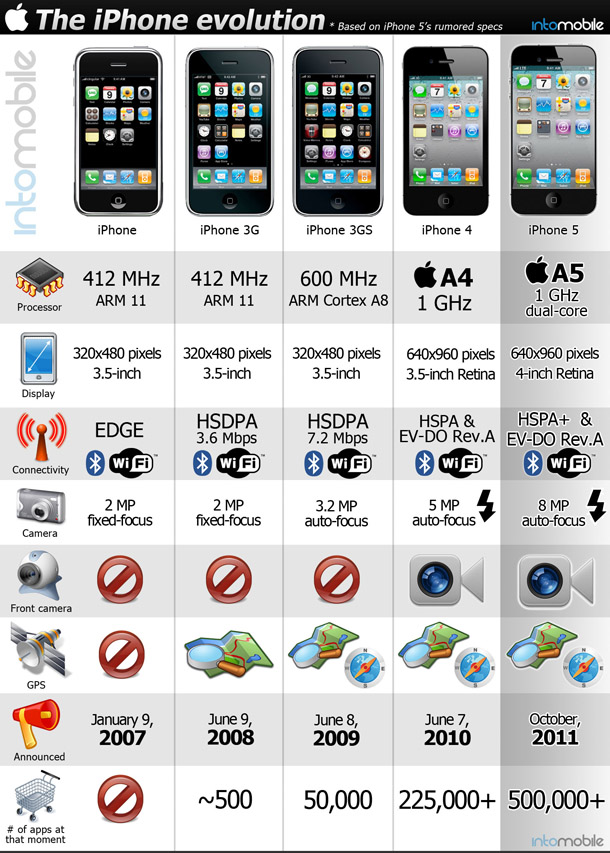