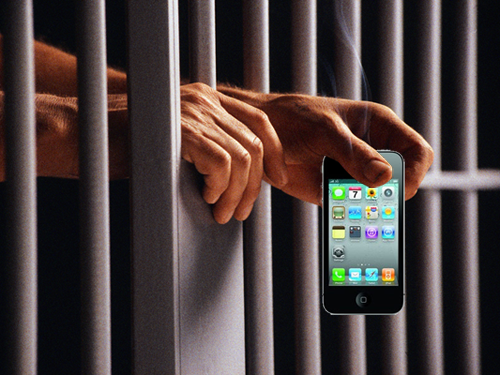 Ottawa wants to cease the use of cellphones and smartphones in prisons, and has consulted with companies on how to stop wireless devices from entering jails as some criminals still run their operations behind bars, according to the CBC::

“Though this prohibition is rigidly enforced, upon occasion, mobile devices are recovered by correctional officers from inmates within an institution,” says a notice posted Tuesday on a government contracts website.

“It is, therefore, of significant importance for [the Correctional Service of Canada] to develop an effective and sustainable method of preventing the use of mobile devices by inmates in support of its public safety mandate. To that end, CSC seeks a solution to impede the use of contraband mobile devices within the confines of correctional institutions across Canada.”

The report notes American prisons are dealing with the problem of smuggled cellphones and smartphones which have become the new ‘drugs and tobacco’. The FBI reports of one corrupt correctional officer earning over $100,000 by charging inmates $100-400 per device, with prisoners charging up to $50US for a phone call. Now that’s almost as bad as a long distance call in Canada.

The government wants to know if there is technology that would turn off prisoner’s cellphones or eliminate a silent ringer so guards could detect them easier. Wait, what?

Signal jammers are a possibility but opposition to the idea is because they block emergency calls. You know what would eliminate cellphones in jails? Just take away all the power outlets and your problem would be solved. Then they would have to deal with battery smuggling.

What’s the best way to remove cellphones from prisons in Canada? It is even possible?