The Globe and Mail: News Gets A Major Update, Brings All New Design 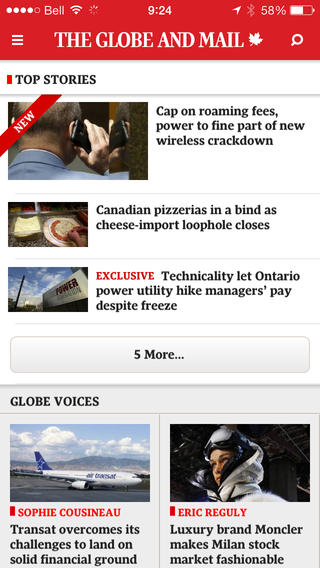 The Globe and Mail: News gets updated to version 3.0 bringing with it a complete redesign for iOS 7. Only the iPhone version has been updated to match the iOS 7 guidelines, we assume an update to bring the iOS 7 design to the iPad app is coming soon.

The Globe and Mail is Canada’s authoritative source for news, commentary and analysis. Our app delivers up-to-the-minute breaking news as well as access to the full range of content from across The Globe.

To get unlimited access to the Globe News app you will need a subscription to Globe unlimited. As a free user you can still enjoy a limited number of articles per month. 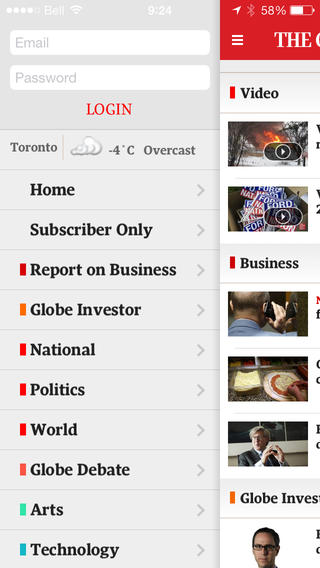 Here is a full list of features included in version 3.0:

– You can now use native iOS 7 swipe gestures (left to right) to navigate back from the articles and reveal the side menu from the section pages.

– The UI has been updated to match iOS 7’s design guidelines.

– The weather bar has been moved to the side menu.

– Account login box has been moved right to the top in the side menu.

The Globe and Mail: News is available as a free download from the App Store.