The iBuy Keyboard: What Every Apple Owner Needs [Humour]

This is something I’ve been waiting for because waiting in line for Apple product launches (although fun) just takes too much time: 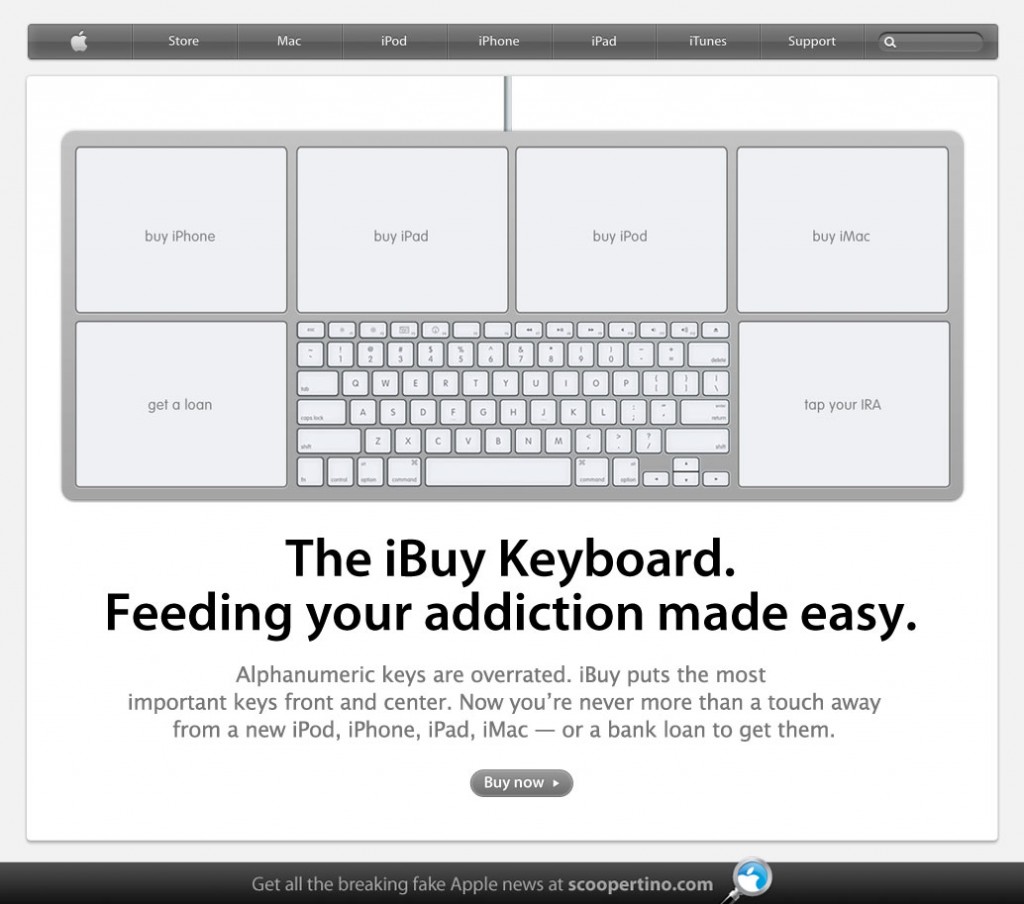 Here’s what an Apple spokesperson had to say:

â€œWho cares where the letters are located when itâ€™s so easy to buy a new iPad?â€ says Henneman.

When a Buy key is pressed, the transaction is instant. Thereâ€™s not even a confirmation screen. So you can literally buy an Apple device while composing an email, enhancing a photo or building a spreadsheet â€” without a momentâ€™s distraction.

The iBuy keyboard, however, is not without its downsides.

Edith Winestock, a Kansas City widow, reportedly received 16 iPods, 32 iPads, 22 iPhones and 16 iMacs, thanks to the frequent key-presses performed by her cat, Jingles.Â Apple accepted the returns, charging only a 15% restocking fee.

I’m wondering if the Canadian version would be modified to get assess to our RRSPs instead. This is going to be revolutionary. I can just feel it. Who wants one?