The iPhone 4 Becomes the Most Popular Camera on Flickr

At the WWDC 2011 keynote, it was noted by Apple the iPhone 4’s camera was only second (by a hair) to the Nikon D90 in terms of popularity. The iPhone 4’s camera takes some incredible pictures. It’s not hard to see why it would become popular, as previous iPhone models have also been up there in on Flickr. 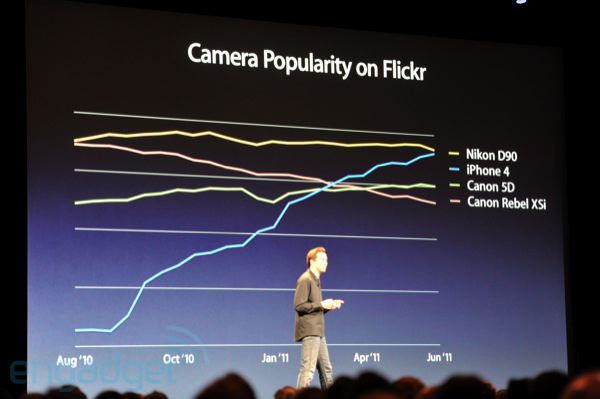 The iPhone 4 is now the most popular camera on Flickr, with more uploads than any other camera:

This achievement isn’t bad, considering it’s a camera coming from a phone.

What camera do you use the most for uploading to Flickr?