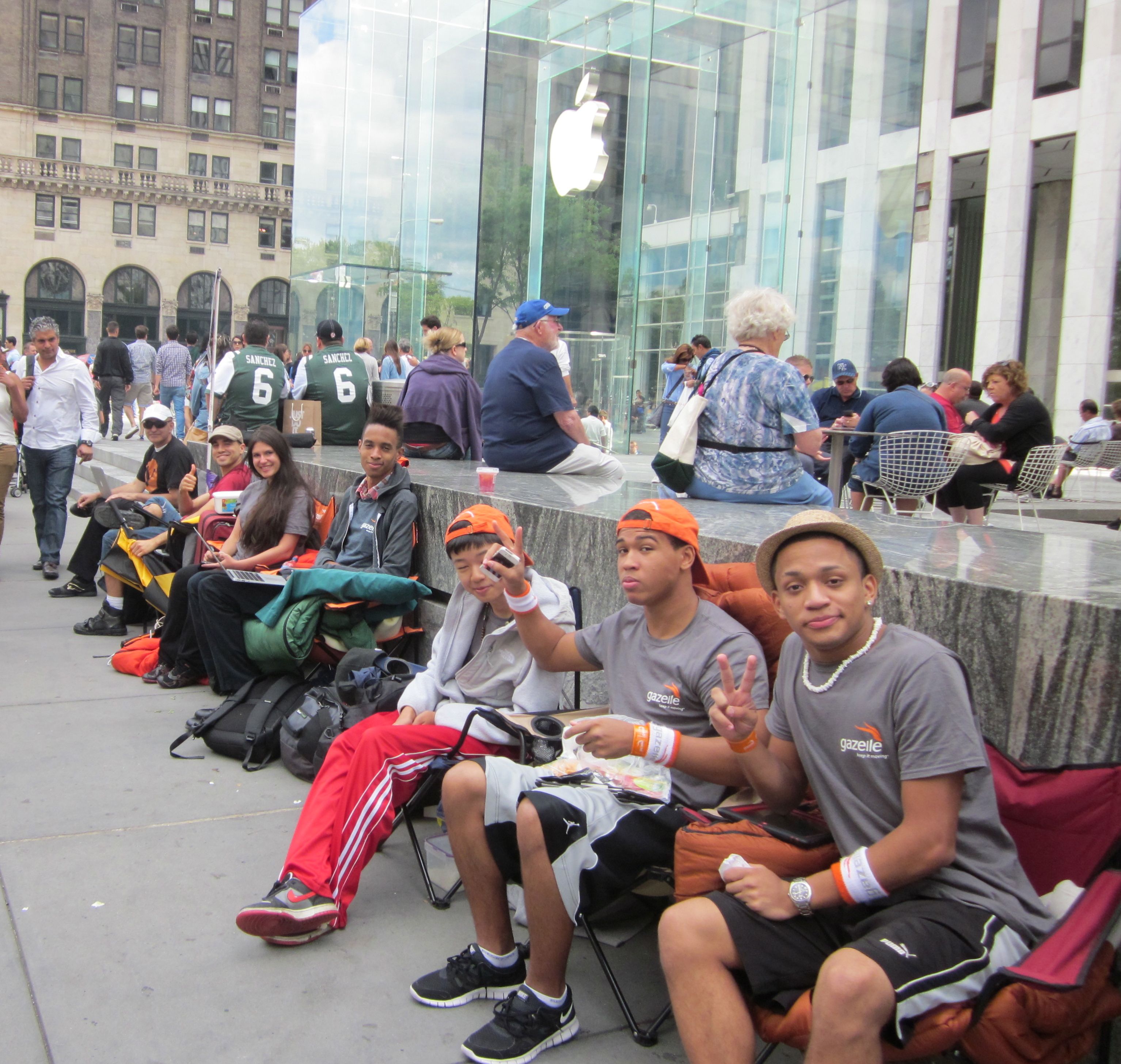 With over five days until the official iPhone 5 release, Apple already has lines forming at their popular New York city location. Early this afternoon CNNMoney reported that seven people were camping out in lawn chairs outside the Apple store.

The line began on Thursday at 8 AM; eight days prior to the upcoming official iPhone 5 release on Friday, September 21st. Our source, CNNMoney has additional information on the leaders of the line:

#1 and #2: Hazem Sayed, 54, and his marketing manager Sage (short for Sagittarius), 31, set up camp Thursday at 8 a.m. — eight days early — to promote a social media startup called Vibe. Sayed describes it as a tool “to create ad hoc communities of people who happen to be in the same place” — like an iPhone line. He’s invited local developers to use Vibe this week to demo their mobile apps (through a projected image on the sidewalk in front of the growing crowd) and he’ll invite the people in the queue to vote — through Vibe — for their favorite. “It’s a real blue-collar app,” says Sage, whose resume includes opening up empty buildings for squatters and doing logistics for Occupy Wall Street. “Jet setters don’t get the app because they don’t have a neighborhood.”

Some veterans even are standing in line just behind Hazem and Sage. Jessica Mellow and Keenan Thompson camped out for the iPhone 4S in New York City last year for 17 days. This year their wait won’t be long stretched and the weather should hold up with lows topping out in the 50s.

In years past it’s typical for lines to form days in advance to the public release. I would personally enjoy waiting in line for the iPhone if I had time, but clearing four to five days off my block would be impossible.

If you aren’t amused by standing in line you can check out our iPhone 5 pre-order roundup post. All the information you need to know on pre-ordering the iPhone 5 can be found there.

UPDATE (8:44 PM, Sept 16): Since we posted this @culturaaple made us aware ten people are now standing outside that New York Apple store.