The iPhone 5 Display Analyzed: Is It An Upgrade?

Continuing their normal grind, AnandTech has continued to test the various aspects of the iPhone 5. Today they have released a thorough analysis of the display on Apple’s latest smartphone. Despite the pixels-per-inch remaining at 326 and the display size being pushed-up a half-inch, the maximum brightness and contrast has seen slight improvements.

On launch day, the iPhone 5 display was specified at a 800:1 contrast ratio with 500 nits of brightness. AnandTech has completed testing to see if those numbers hold up, using a calMAN 5 and SpectraCal C6 colorimeter. Measurements were taken multiple times for accuracy and compared up against an iPhone 4. 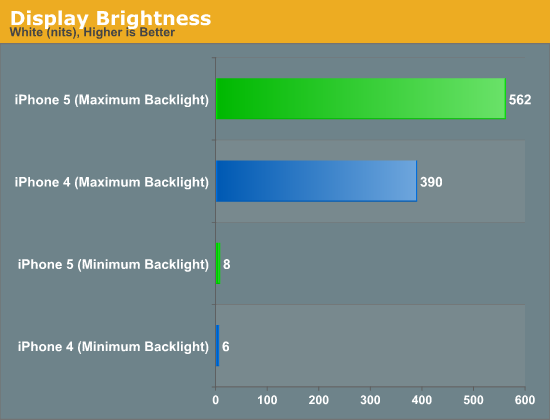 Below is another chart for readings on the black levels of brightness. Having a lower number is better, but seeing that users can change the backlight, this shouldn’t be an issue. 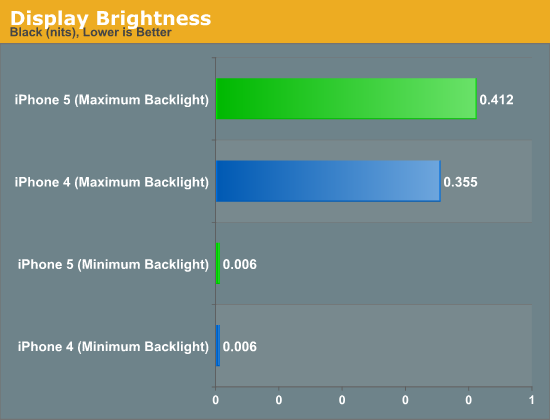 Now for the contrast ratio reading. The iPhone 5 comes out as the winner of this one as it clearly has the higher contrast ratio when at minimum and maximum backlight levels. 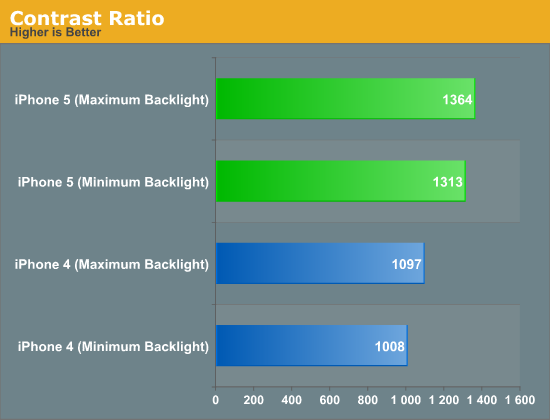 If you would like a deeper analysis of the iPhone 5’s display I would visit AnandTech for further details. They have grayscale charts, sRGB charts, Gamma target graphs, and much more.

Oh, and to answer the question in the title, yes the iPhone 5 display is an upgrade. Its 4-inches result in overall better brightness and contrast levels.