The iPhone 5 has officially launched in Canada today and around the world in the U.S., the UK, France, Germany, Australia, Japan, Hong Kong and Singapore.

Here in Canada the iPhone 5 is available from Rogers, Telus, Bell, Fido, Virgin Mobile and Koodo (with SaskTel and MTS soon to come), with prices starting at $179.95 for a 16GB model on a three year term.

From what we’ve observed on Twitter, Apple retail store line ups have been shorter this year since we broke the news unlocked iPhones would not be available on launch day (Apple confirmed it with us). Most lines were either cut in half or by a third after Apple staff relayed the news. Most carrier stores had very few or little line ups at all. 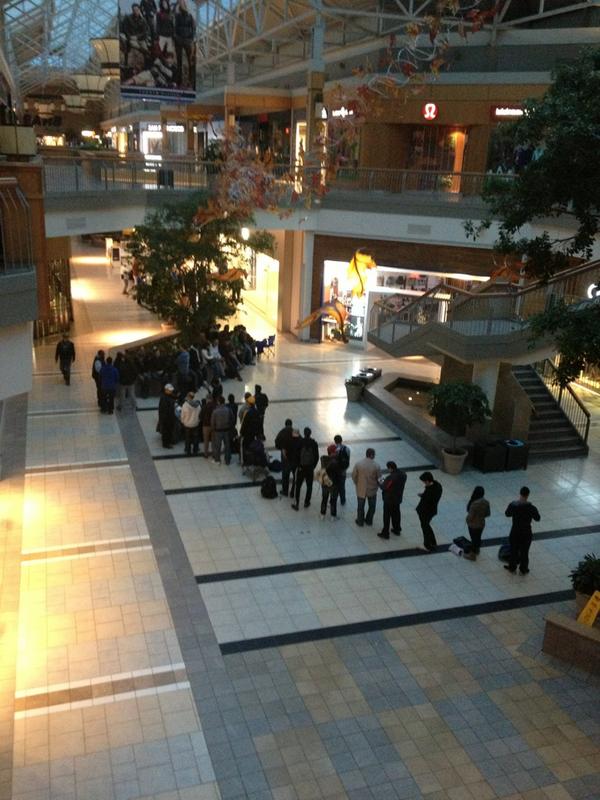 With no unlocked units available, lots of Apple fans still waited in line (and are still waiting) to do their carrier upgrades/renewals.

We heard reports of the Rogers/Fido and Bell/Virgin and Telus systems going down due to the massive demand of iPhone 5 activations, leading to old school pen and paper forms, with some being told to come back later to pick up their iPhones. Meanwhile, customers with reservations at Best Buy and Future Shop were able to get in and out quickly and smoothly.

As for unlocked pre-orders from Apple, many had orders arrive on launch day via UPS as promised according to the ‘estimated delivery map’. As for LTE speeds on the iPhone 5, they have been very fast so far:

Wow look at these speeds on LTE twitter.com/MathieuLLF/sta…

Did you get your iPhone 5 yet? Share your experience with us below in the comments.

PS – this is how you wait in line at South Gate Mall in Edmonton: you bring a couple TVs and Nintendo 64 consoles (image via CityTV Edmonton): 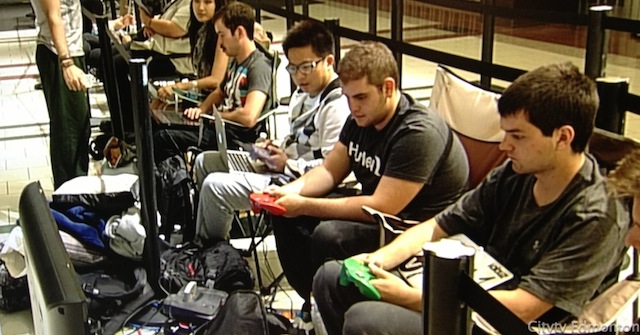